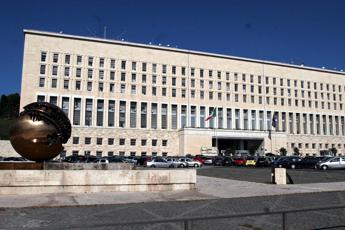 The Portale degli Italiani in Kenya writes it, adding that there would be victims among Kenyans. Farnesina: “appropriate checks are underway”

“A boat for marine excursions, carrying about forty tourists, both Italian and Kenyan, capsized off the beach of Garoda, in Watamu. Unfortunately there would be some deaths from drowning, but from the first reports that leak , the Italians would all be safe, treated on shore or transferred to hospitals but not in serious condition, apart from the state of shock”. The Portale degli Italiani in Kenya writes it, adding that “the boat was looking for dolphins beyond the first coral reef when it ‘capsized’ and was allegedly hit by a tidal wave, capsizing and throwing all the occupants into the open sea, where practically no one was wearing a life jacket”.

“Other nearby boats promptly went to the scene of the accident – continues the local media – letting the unfortunate people get on board, but some Kenyans did not make it. According to the testimonies collected by malindikenya.net, it would be a woman Kenyan and a little girl, while another minor is said to be in very serious condition. The Italians on board reached the shore thanks also to the prompt intervention of the Kenya Wildlife Service marine guards. A tourist was revived on the beach and others were treated for mild bruises at the Garoda Resort”.

“So far six tourists are missing but they are almost certainly on board a second boat that had gone a little beyond the capsizing point to follow the dolphins, one of the objectives of the marine safari”.

In any case, the Farnesina is in contact with the Italian embassy in Kenya, is carrying out the necessary checks and following the story closely, sources explain in relation to the news of the possible involvement of Italians in the capsizing of a boat off the beach of Garoda, in Watamu.