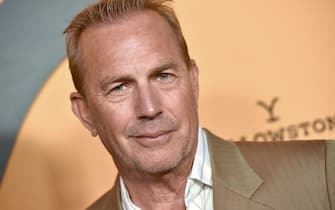 Building on the success of Yellowstone, quadrupled since the first season aired in 2018, Kevin Costner has revised his agreements with the production for his salary, which now stands at 1.3 million dollars per episode. The actor of Dance with wolves wins the title of highest paid TV star for the show he stars in as well as executive producer

Mahershala Ali with her role in The Plot he also brings home the figure of 1.3 million dollars per episode

The Plot, the new Disney series with Mahershala Ali

On the list, in the top positions, the actor Michael Keaton with a million dollars per episode as compensation for Dopesickairing from 2021

Michael Keaton, from “Batman” to “Birdman”: his most famous films. PHOTO

A good reward, even compared to many other male colleagues, is that of Elisabeth Moss who for Shining girls snatched over a million dollars a bet

Will Ferrell, star of The Shrink Next Door

Will Ferrell: his 10 best films

Paul Rudd, co-star of The Shrink Next Door has a million dollar contract per episode. The show has been on air since the end of 2021 on Apple TV + (also visible on Sky Q and via the app on Now Smart Stick)

Paul Rudd proclaimed by People the sexiest man of 2021. PHOTO

Tulsa King, the teaser of the series with Sylvester Stallone

Elisabeth Olsen, face of the Marvel Universe, for Love and Death he has a contract of eight hundred and seventy five thousand dollars a bet. The miniseries will air by 2022 on HBO Max