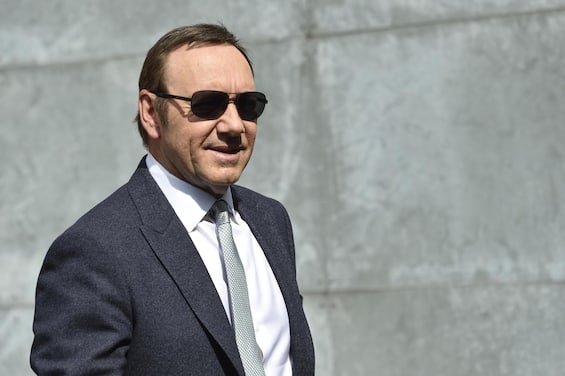 The times in which Kevin Spacey it was the symbol of a new way of understanding television seriality with House of Cards. Overwhelmed by several allegations of sexual assault, the interpreter of the ruthless Frank Underwood saw his career quickly go south, with disastrous results even for his finances.

In Los Angeles, a new chapter of the actor’s personal descent into hell took place, sentenced by a judge to pay almost 31 million. The sum will be paid into the coffers of the MRCthe production house of House of Cards, believed severely damaged by the consequences of the conduct on the set of Spacey and by the subsequent damage to the image that the charges pending against him have caused to the series.

Strenuous attempts to downplay Kevin Spacey’s behavior at work by his lawyers have not worked. Los Angeles Superior Court Judge Mel Red Recana did not find the defense contention that the star on the set of House of Cads he would have limited himself to “sexual innuendo” and “innocent jokes”, however not sufficient to violate the MRC’s anti-harassment policy.

The production company will thus receive substantial compensation for the consequences of Spacey’s behavior, expelled during the filming of the sixth season after being accused of having sexually assaulted several people during filming. Following the complaints, MRC was forced to remove the star from the show and cut the season from 13 to eight episodes in the running. A damage, economic as well as image, that Spacey will now have to compensate out of his own pocket.

How Kevin Spacey became the “usual suspect” of harassment in Hollywood

Other similar episodes that have involved the protagonist of American Beauty. The first accusation of harassment hit Kevin Spacey in fact already in 2017. The actor Anthony Rapp, 14 at the time of the facts and allegedly subjected to sexual advances by Spacey in 1986.

From that day on, everything changed quickly for what was one of the most popular actors in Hollywood who, shortly after, saw himself hit by other accusations coming from the set of House of Cards. Again in May of this year, the star was accused of sexual assault in the United Kingdom for events that took place in London and Glouchestershire between 2005 and 2013.

Kevin Spacey and the attempts of a complicated professional rebirth

After the various scandals broke out, Spacey quickly went from being one of the most requested characters in Hollywood to working with the dropper. Few films since 2017, including Billionaire Boys Club (worst box office result in the first screening weekend for a movie with Spacey to date) and a couple of projects away from Hollywood such as The man who designed God from Franco Nerowaiting for exit.

A small film titled is also expected to hit US theaters soon Peter Five Eight. The producers of the film responded high Variety to criticism for Spacey’s cast in the lead role: “We were ready for controversy when Kevin got back to work. It is inevitable that some will want him away from the scene forever but it is a small number of people. More fans want a return to the screen of an artist they have loved for years. The production does not comment on the various accusations and believes that the judgment on the facts is up to the courts. Peter Five Eight it’s a film for those who care more about the artistic quality of a product than about scandals ”.

Kevin Spacey then tries to get back to work but it will be difficult for him to rebuild a career that has collapsed under the weight of very heavy accusations. Just like a house of cards or, if you prefer, a “house of cards“.