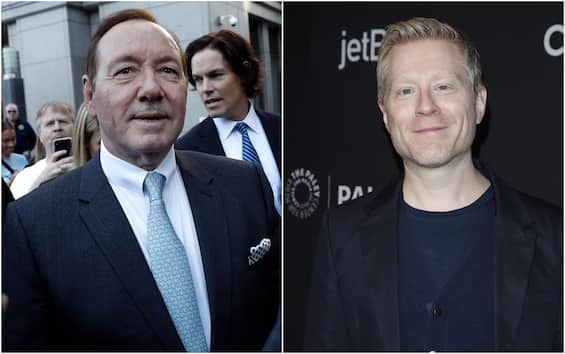 Kevin Spacey did not molest Anthony Rapp in 1986. This is the verdict reached by a jury in New York that puts an end to one of the trials that most animated the #MeToo movement. The court was called to rule on the allegations made by Anthony Rapp , another actor who accused Spacey of using violence against him when he was 14.
The eleven members of the jury took just ninety minutes to deliver the verdict. Rapp had sued the Hollywood star, saying he was attacked when he was 14 in Spacey’s apartment in New York, during a party. Spacey, who was 26 at the time of the disputed facts, has always rejected the accusations. After reading the verdict, the actor was seen leaving the courtroom in tears, only to return soon after. Rapp’s revelations were posted on the BuzzFeed News site in 2017 and were followed by more than a dozen other allegations of sexual harassment by other people and concerning Spacey, which ended up abruptly ending his career.

In recent days, a New York judge had partially dismissed the charges against Spacey. The judge had declared the non-place to proceed on another charge, that of having intentionally inflicted emotional damage on the boy. Now the jury has decided that the two-time Oscar winner is not responsible for using violence against Rapp. Spacey had testified in the courtroom, saying that he had not publicly declared himself homosexual for years because he was traumatized by his father Thomas Fowler, defined he was racist and homophobic. . Rapp was demanding $ 40 million in compensation. Kevin Spacey was one of Hollywood’s most sought after actors when the harassment scandal broke out in the wake of the Harvey Weinstein allegations. Rapp’s allegations in 2017 led Netflix to fire him from the series House of Cards and his career stalled.