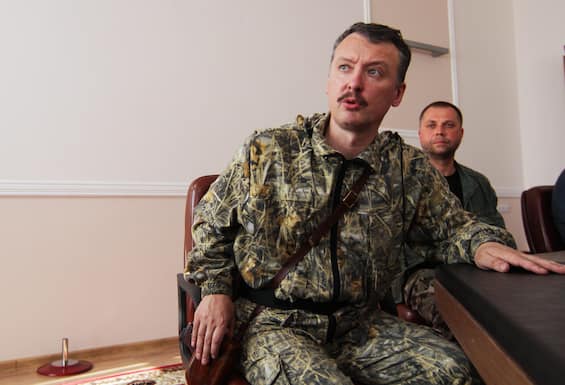 The Intelligence Directorate of the Ukrainian Defense Ministry has guaranteed the payment of one hundred thousand dollars for the transfer of Igor Girkin to Ukrainian prisons. Yesterday the governor of Lugansk in exile Sergii Gaidai and the tennis player Serhiy Stakhovskyi promised $ 50,000 to anyone who catches “the Russian torturer”.

Who is Igor Girkin

The military history of Igor Girkin, nicknamed Strelkov “the rifleman”, goes from the campaigns against the separatists in Chechnya to the massacres in the Bosnian Višegrad in 1992, up to the downing of the Malaysia Airlines Mh17 plane hit in 2014 by a missile on the Eastern Ukraine in which 298 civilians died. After playing a key role in the annexation of Crimea to Russia in 2014 and participating in the siege of Sloviansk in the same year, Kiev has decided that the time has come for Girkin to pay its debts to justice.

Girkin in Ukraine “to carry out new atrocities”

With an announcement on social media, Ukrainian military intelligence has put a $ 100,000 bounty on his head, money that will go to whoever gets him arrested. The Kyiv Prosecutor’s Office has opened an investigation into allegations of torture, murder, terrorist activity and violation of state sovereignty. Girkin, according to Ukrainian intelligence, would be somewhere in the country to organize yet another atrocity. Meanwhile, an international arrest warrant issued by the Netherlands weighs on him for the missile that destroyed the Malaysian MH17. Dutch prosecutors accused Girkin and three other people of murder, he admitted “moral responsibility”, but denied pressing that button. Sanctioned by the EU, USA, UK, Australia, Japan, Canada, Switzerland, now ‘Igor the terrible’, as the Russians themselves call him, has ended up in Ukraine’s crosshairs.