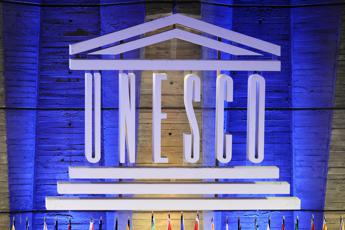 The traditional Ukrainian soup made from cabbage, red turnips and sour cream, has today entered the UNESCO heritage list, among the material assets that need urgent protection

L‘Ukraine wins the borscht battle against Russia. The traditional Ukrainian soup made from cabbage, beetroot and sour cream, today joined the list of UNESCO heritage, among the material goods that need urgent protection. It was Kiev that asked for an emergency procedure, due to the ongoing war. And Unesco accepted it, given that the Russian invasion endangers borscht, because “people not only cannot cook it and grow the necessary local vegetables, but also cannot gather to consume it, which undermines social well-being and cultural community “.


Borscht is a cultural battle with Moscow, because this dish was popular throughout the Soviet world and Russia also considers it part of its cuisine. But independent Ukraine claims paternity and, despite opposition from Moscow, had nominated its recipe, with its various versions, to be part of the intangible heritage of UNESCO in 2019.

The victory over borscht was greeted today on Telegram by Ukrainian Minister of Culture Oleksandr Tkachenko. We don’t care, he said, that Russian Foreign Ministry spokeswoman Maria Zacharova defines “our bortsch as a ‘manifestation of extremism and Nazism’, this ‘manifestation of extremism’ is now officially Ukrainian and protected by Unesco”. “We will be happy to share borscht and its recipes with all civilized countries. And even with non-civilized ones – he added – so they will have at least something tasty and good, and Ukrainian. Rest assured, we will win this war as we have won that one. of the borscht “.