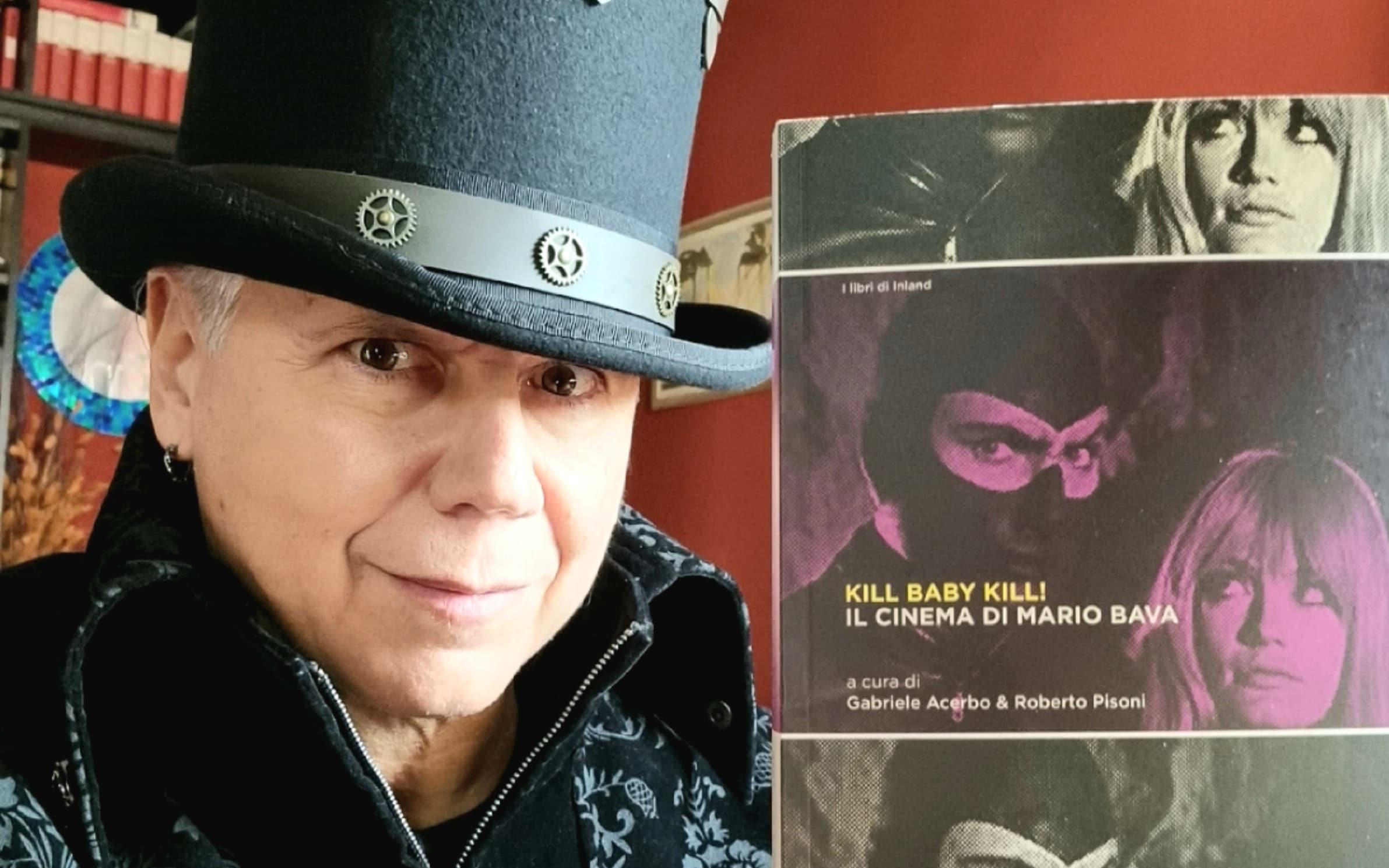 Doctor Frank-N-Furter said: “You don’t judge a book by its cover.” We don’t want the transivanian in guepiere and suspenders from “Rocky Horror Picture”, but in the case of “Kill Baby Kill! Mario Bava’s cinema ”we will make an exception. On the volume, published by Bietti Edizioni, stands John Phillip Law with the mask of Diabolik, flanked by the beautiful Marisa Mell in the role of Eva Kant. And already from this iconographic choice, it is clear that Gabriele Acerbo and Roberto Pisoni have embellished their already very valuable monograph with unpublished contents and testimonies. Starting with an interview with the Manetti Bros, which 50 years after Bava’s film brought Diabolik’s criminal deeds back to the big screen. And demonstrating how much the Italian director is still very current in this updated version of Kill Baby Kill! there is an intervention by Nicolas Winding Refn who enthusiastically presented “Terror in space”, and a tribute by Guillermo Del Toro, who has always been a great admirer of the filmmaker born in Sanremo in 1914. Last but not least, the book offers us the moving memory by Elena, Mario’s eldest daughter who revealed the childhood spent in the company of Nonno Eugenio, the progenitor of a family of talented filmmakers. The book’s dedication to director Max Croci, a close friend of the two authors, who passed away on 8 November 2018 at the age of 50, is also moving. In short, Mario Bava strikes again, so all that remains is to leave, together with Mister Paura. for this fantastic journey, between peplum, western, mystery, thriller, science fiction, gothic and pop.

“I came from a school of people – De Robertis, Steno, Soldati – who used their brains to get by. Who invented cinema about nothing. Typical example was Riccardo Freda’s “Caltiki-Mostro Immortale”. It was a science fiction monster that I made out of Tripe. Tripe for cats. Indeed, since the technician who had to buy a ton of tripe every day had made up his mind to save, he always used the usual one. After three days that tripe killed with its stench Herter, the German actor who fights the monster at times dies, In Tunisia, when Caltiki’s tripe explodes it had such an effect that frightened spectators ran away from the cinema. And it was very banal tripe “.

These words of Mario Bava would be enough to understand how brilliant and humble Mario Bava was, someone who made cinema like chairs are made. And the book edited by Acerbo and Pisoni is an epiphany of anecdotes. told by the director’s collaborators and friends. Mario was a sorcerer demiurge capable of transforming a dish of polenta into Dante’s hell, only thanks to a light bulb.

Mario Bava between gothic and horror

“I also really like Mario Bava’s films, in which there is practically no history, only atmosphere, with all that fog and the ladies walking along the corridors: they are a sort of Italian Gothic: Bava seems to me to belong to the last century “. Thus, Martin Scorsese sums up all the talent of a filmmaker capable of successfully tackling a genre, the gothic, usually not very popular in Italian cinema. Through the contributions of Barbara Steele, Tim Burton, Guillermo del Toro, Roger Corman, John Landis, the book allows us to cross those long and gloomy corridors and discover secret rooms, precious relics. And you want to see again masterpieces such as “The Mask of the Demon”, “The whip and the body”, “The three faces of fear”. Because for Bava, cinema was the forge of the magician, making a story with his own hands.

“What do you want for the future?” “A coffin filled with blood in which I can rest in peace, but being able to go out at night to bite into the films I made”. Already from this answer it is clear how irony and self-irony have never been lacking in Mario Bava. That sweet sadism, that very black humor that we find in many of his thrillers, from “Reaction to Chain” to “6 Women for the Assassin”. A mocking coté that we also find in “Diabolik”, starting from the extraordinary sequence of the arrival of the criminal and his partner and companion Eva Kant. An optical delirium in lounge sauce that also seduced Roman Coppola. In the interview with Gabriele Acerbo, Francis’s son reveals that for him he is the Diabolik of pop culture. So much so that he paid homage to him with his 2001 film “CQ “ And, after all, this new edition of “Kill Baby Kill! “It is a tribute to a director who Quentin Tarantino considers his hero and whom many young people do not know. This volume, therefore, represents an agile, fun and exciting guide to explore the world of a visionary, brilliant, witty and not sufficiently celebrated director.