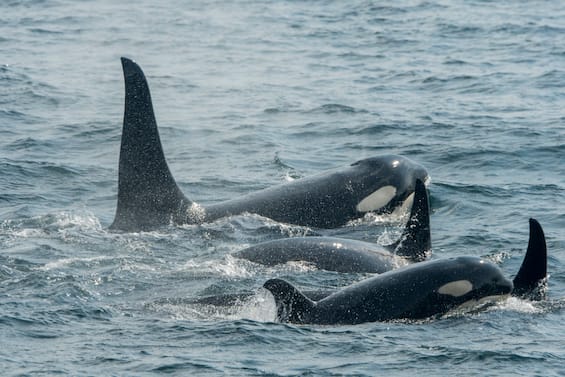 The presence of some killer whales forced to tow ashore a sailing ship, the “Skelling”, flying the Dutch flag and with two people on board, while sailing a mile northwest of Cape Tourinan, in Muxià, Galicia. According to when released by sources of the Spanish Maritime Rescue, the boat sent a “mayday” signal at around 8.30 am on 2 August. At first, the rescuers had signaled the sailors to turn off the engine so as not to make noise and allow the cetaceans to leave. But the indication did not bring the desired results and the two occupants of the boat were towed to Camarinas, near Cape Vilan, on the Costa da Morte.

The episode of the sailing ship “Skelling” followed others, which also occurred in the area, and probably connected to the fact that recently the presence of killer whales on the Galician coasts has been increasing. Last Thursday, for example, a sailboat was brought into port after suffering an attack by these mammals near Punta Candelaria, near La Coruna. On Saturday, however, local authorities had recorded another attack on a boat, which remained unmanageable eleven miles north of Cape Ortegal, in the same Spanish province.

Episodes in which these cetaceans that can weigh as much as five / six tons attack boats have therefore been repeated for some time along the Atlantic coasts of Spain. In particular, it often happens that killer whales manage to break the rudder of boats, thus making them unmanageable. An unusual phenomenon on which researchers have not yet been able to clarify. According to some experts, however, it is possible that the animals responsible for the attacks were attacked and injured in turn by men on the boats.