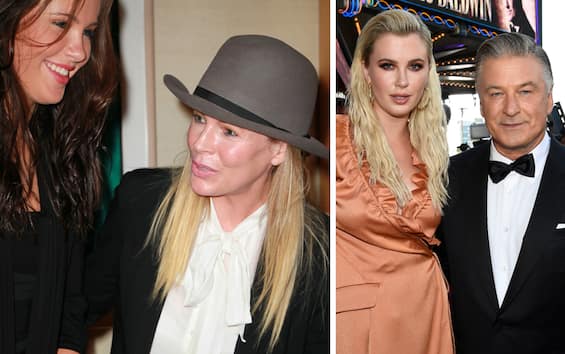 Kim Basinger and Alec Baldwin will soon be grandparents: the daughter of the two actors, Ireland, is pregnant with her first child, as well as the first grandchild of the former Hollywood star couple.
The happy event was announced in a post by the future mother, shared on Instagram on New Year’s Eve.
Ireland Baldwin, 27 and a professional model, showed the ultrasound accompanying it with a simple caption: “Happy New Year”.
The father of this first grandchild of Baldwin and Basinger is Ireland’s longtime partner, musician RAC.
The news was greeted with great enthusiasm by followers and friends, including the many celebrities who are part of the large family of Ireland Baldwin (who, as a celeb child, grew up together with a large crowd of other Vip children) .
“I can’t wait to meet you little one,” writes Rumer, daughter of another famous former couple of Hollywood stars: Bruce Willis and Demi Moore.
“I’m crying,” said Hailey Bieber. “Congratulations love,” wrote Paris Hilton.
And Alec Baldwin (who, after eight children, will become a grandfather for the first time) commented as follows: “Incredible”.

At the bottom of this article you can see Ireland Baldwin’s post, with the photo of the ultrasound.

For now, no comments from Grandma Kim

For now, however, no comment has been received from the future grandmother.

Kim Basinger, 69, will also be a first-time grandmother, just like her ex-husband. But if Alec Baldwin in recent years has reviewed the matter made of diapers, bottles and so on, Kim Basinger instead had attached the pacifier to the nail for several years.

In fact, the actress had her last experiences on the nursery side when she had young children (all currently old enough to make her become a grandmother). A different speech belongs instead to Alec Baldwin, who in recent years has had seven children with his wife Hilaria. The latest arrival, Ilaria Catalina Irena, was born last September, so she will become an aunt before she is even one year old…

The list of VIP mothers of 2023 is very long

Ireland Baldwin’s name adds to an already mile-long list of celebrities who will become mothers in 2023.
Among the expected pink and blue bows this year, there will be the first for Aurora Ramazzotti, the fourth for Blake Lively, the second for Cristina Marino (pregnant with Luca Argentero) and the third for Chrissy Teigen, expecting the third child from John Legend.

Below you can see Ireland Baldwin’s post, with the photo of the ultrasound.