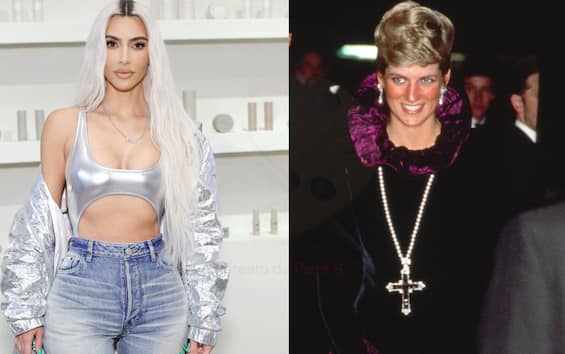 The last five minutes ofSotheby’s London auction last Wednesday were excited, but among the four bidders who fought over the Atallah Crossextraordinary pendant of amethyst, diamonds, gold and silver worn by Princess Diana, Kim Kardashian finally got the object of desire. The American actress, model and businesswoman has in fact bought the pendantcreated in the 1920s by the court jeweler Garrard, for £163,800 (corresponding to 187,290 euros), a price more than double the initial estimate. In the eighties, the first buyer of the precious accessory was the businessman Naim Atallah, who lent the jewel to his friend Diana on several occasions, among the best known October 1987 London Charity Gala. “Princess Diana and my father were friends and I remember her often visiting him in the historic Garrard shop in Regent Street, where his office was, and on several occasions she would ask him to borrow the pendant: she loved it,” said Ramsay Atallah, son of Naim. “It has never been worn by anyone other than Diana and has never been seen in public since she died.”.

KIM KARDASHIAN COLLECTOR OF PAST FASHION

“It is a jewel that is bold in size, color, and style, that cannot fail to make a vibrant statement – ​​be it faith or fashion, or both. We are delighted that this piece has found life in the hands of another world-renowned name,” said Kristian Spofforth, head of jewelery at Sotheby’s in London. Kim Kardashian thus satisfied once again the interest in historical fashion items already shown last year at the ceremony of the Met Gala, for which he had borrowed from the Ripley’s Believe It or Not museum the legendary dress worn by Marylin Monroe during the singing performance of Happy Birthday, Mr. President organized for President John F. Kennedy in 1962. That same evening, Kardashian wore another Monroe gown to the Golden Globes of 1962, while in 2021 the reality star also bought an outfit worn by Janet Jackson in the music video If. After the Cross of Attallah, Kardashian could add another iconic piece that belonged to Diana to the collection, an aubergine-colored velvet ball gown that appeared in an official portrait in 1991 and is now up for auction.