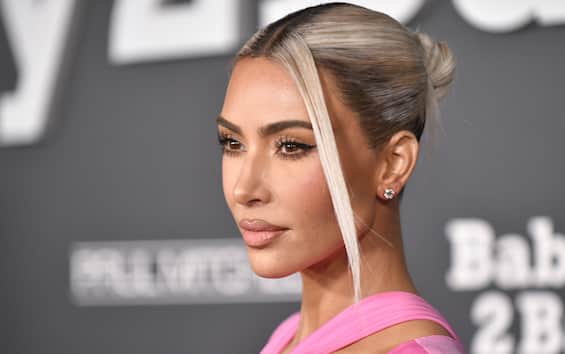 According to what the US magazine reports in these hours Page SixKardashian reportedly rejected the Balenciaga deal for 2023.
And second tmz extensionthe fashion brand had turned to Kim Kardashian with the offer of collaboration before the scandalous images of the most absurd advertising campaign ever produced in history came out, grant us it, withdrawn in recent weeks by Balenciaga but which still leaves a trail of discontent and restlessness in all of them.

Compounding the situation is another extremely disturbing detail: a printed copy of a US Supreme Court decision on child pornography laws appears, as can be clearly seen in the background of one of the images.
On Tuesday, November 22, following growing protests, the company apologized and withdrew its campaign. And three days later, on Friday, Nov. 25, Balenciaga filed a $25 million lawsuit against the production company and production designer behind the shameful ad campaign, in an apparent attempt to shift the blame to someone else.

The campaign that was pulled was in support of Balenciaga’s spring 2023 collection, which debuted this fall at Paris Fashion Week.
Since the scandal broke and the fashion brand has been overwhelmed by a flood of criticisms, Balenciaga representatives have apologized twice.
“We would like to address the controversies surrounding our recent advertising campaigns,” reads an official statement posted on Balenciaga’s Instagram profile. “We strongly condemn child abuse; it was never our intention to include it in our narrative.”
“The two separate advertising campaigns in question reflect a series of serious errors for which Balenciaga takes responsibility”, these were other words officially expressed by the fashion house.
However, although Balenciaga claims to assume full responsibility for those serious errors, in the end he filed a $ 25 million lawsuit against the “third party”, i.e. the production company which, according to the Maison’s allegations, would have created the images for “reckless negligence”.

The sources of tmz extension reported that Kim Kardashian currently has no contract with the “offending” fashion house (we put the offending word in quotation marks because so far no charges of alleged crime have been filed against Balenciaga).

Page Six she also reports that Kim Kardashian, 42, reportedly rejected numerous Balenciaga dresses she planned to wear to upcoming events. The reality star has already reportedly reached out to other designers to collaborate with them, since she’s had to ditch the outfits she’s likely been contemplating (and fine-tuning) for some time.

Representatives of Kardashian and Balenciaga, interviewed by Page Sixso far they have not replied.
Kardashian’s decision to walk away from the campaign came just days before she publicly denounced the brand with great outrage, writing on Twitter that she was “shocked by the disturbing images.”

On November 28, Kim Kardashian broke her silence on the scandalous Balenciaga advertising campaign, saying she was “disgusted and indignant” by the shocking images proposed by the Maison in recent days.

Her reaction was so strong that she questioned the possibility of continuing a working relationship with Balenciaga. Kim Kardashian had announced that she was “reevaluating” his relationship with the brand. The Skims founder made a statement on Twitter on Sunday, Nov. 27, after fans of hers had been asking her for several days to sue the fashion house. “I’ve been silent for the last few days, not because I wasn’t disgusted and outraged,” Kardashian underlined following the many criticisms leveled at her online. “I wanted an opportunity to talk to their team to understand how this could have happened She added: “As a mother of four, I was rocked by the disturbing images.”

Kim Kardashian has said she is against “any attempt to normalize child abuse of any kind,” which is why this marketing move shocks her. on minors of any kind should have no place in our society, period ”, these were his words, entrusted on November 28, 2022 to Elon Musk’s social network.

Many other stars have criticized Balenciaga

Not only Kim Kardashian has spoken out against the fashion house. Many other celebrities have given their opinion, harshly criticizing the Maison.

Among these stands out the name of Kim Kardashian’s sister, Kylie Jenner.

Instead, Nicole Kidman is receiving a lot of criticism in these hours. The actress of Big Little Lies worked on many fashion campaigns, including one for Balenciaga.

And Kidman has recently for the brand’s Spring 2023 line. The Hollywood star has not yet spoken out on the matter of the scandal. On social networks, many users are criticizing her for this silence. “I can’t believe you turned a blind eye to a brand that promotes child abuse and cannibalism. So shocked and disappointed,” one Instagram user wrote. “What if those were your little girls in that countryside?!” asked another.