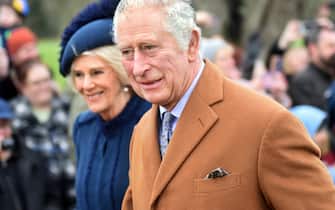 The British royals they celebrate the first Christmas without Elizabeth II. All the Windsors gathered for this December 25th, at Sandringhamas the queen would have liked. The day started for King Charles III and Camilla with the traditional mass at St Mary Magdalene churchclose to the Norfolk estate of the Windsors where for years the sovereign had welcomed the royal family at Christmas

The British royal family is therefore in full force, inclusive Prince Andrew who, however, remains ousted from all official positions following the scandals in which he was involved

UK, York withdraws honorary citizenship from Prince Andrew and asks for the renunciation of the dukedom

There are also William and Kate, with their three children (in the picture). Only Harry and Meghan are missing, now in the US and increasingly distant from London after the release of the Netflix series with their revelations about life at court

“Harry & Meghan”, from William’s screams at the farewell to the Palace: the latest episodes of the series

With King Charles III and the family of the Princes of Wales, today in Sandringham are his brother Edward with his wife Sophie and their two children, Lady Louise and the viscount Severn, and – indeed – Andrea with their two daughters Eugenie and Beatrice of York with their respective husbands and children. Inevitable Princess Anne with her husband Sir Timothy Laurence and their children

King Charles, after Mass, greeted a crowd of people who had gathered in the celebration area to see the new ruler

The royal standard flies above the house, emphasizing the return to traditional royal holidays

As he writes Vanity FairCharles wanted observe almost all Christmas traditions of the mother Elizabeth, but giving her personal touch. From Christmas Pudding the Christmas dessert for every employee (there are around 1,500, from personal assistants to cleaners). But the sovereign also wanted to add bonuses to thank the staff in this difficult year

In the photo, the sovereign at Sandringham for the Christmas celebrations

King Charles resumes Camilla in front of everyone: the video of the curtain