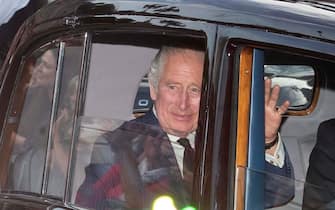 The crown is not without thorns Charles III he put on the head after the death of his mother Elizabeth. There are those who criticize the institutional structure of the Commonwealth, a community of countries once belonging to the British Empire. Some states are still subject to the crown, others are formally “allies” of the United Kingdom, but with the guise of a republic. Taking care of the Commonwealth, for King Charles III, is not really a novelty: he inherited the role of president already in 2018, when his mother delegated him to represent it definitively as he could no longer undergo long journeys

WATCH THE VIDEO: King Charles III: “I promise to serve my kingdom with love”

Sunday 11 September Carlo met with representatives of the Commonwealth taking on the role of a king for the first time. At Buckingham Palace he saw the Baroness Patricia Scotland – Commonwealth Secretary General – and represented at court (high commissioners) of the 14 nations who still recognize the English monarch as head of state, including New Zealand, Australia, Canada and Jamaica. To them he reaffirmed his commitment to serve “the realms of the Commonwealth”, not just the United Kingdom, with “loyalty” and in compliance with the constitutional rules of each.

However, Charles is well aware of the desire of some countries to break away from the English monarchy. Already last June, at a summit of the organization that was held in Rwanda, he stressed how each state may “decide freely” self remain under the monarchy or become a republic. “The experience of my long life – she added – she taught me that changes can be agreed calmly and without rancor”

The impulses for change are particularly alive in Caribbean. There, the memory of the empire inevitably accompanies that of the colonialism and the negative consequences it has had on the population, starting from slavery. Already last year the Barbados have formalized the farewell to the direct link with the crown. Antigua and Barbuda have just announced a referendum which could lead to the same result

Kingdom of the Commonwealth, what is it and what are the countries that compose it

The vote could be held within three years, said the country’s premier Gaston Browne, specifying that “it is not an act of hostility“but of the”final step to complete the circle of independence and become a truly sovereign nation “. Jamaica and Belize could be the next states to take the same path: the visits of the new heir to the throne William with his wife Kate last March – in the midst of the celebrations for Elizabeth’s Platinum Jubilee – they were greeted by strong controversy (pictured, Kate and William in Jamaica)

Queen Elizabeth and Italy: travel and love for food

Republican tremors also run through theAustralia. For example, the new Labor Prime Minister Anthony Albanese thinks about it, but – as a sign of respect for the Queen’s death – he said that “now is not the time to change”. The Canada the New Zealand premier has to deal with the strong anti-monarchist component in Québec Jacinda Ardern (in the picture) – while denying having it on the agenda – she says she is convinced that there will be a republican future for her country too

There are those who propose to abandon the monarchy also in Great Britain. But those who accept these impulses are still tightening in these days in memory of Elizabeth II. So for example Graham Smith, one of the most important names in the anti-monarchist vein. While evoking the dream of a referendum at the end of the royal funeral, Smith himself admits that “hard“ imagine a successful campaign on the island. At least in the foreseeable future