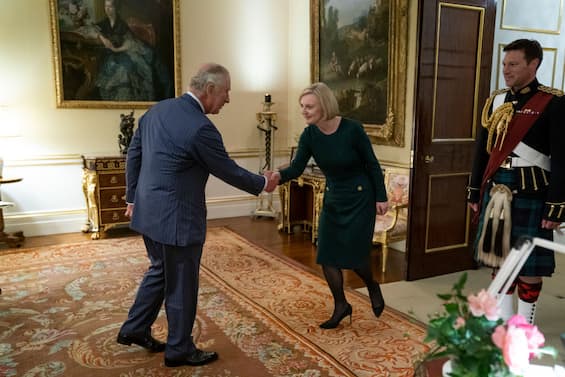 The English Premier Liz Trusswho took office in September, met the new King yesterday Charles III for the first weekly hearing which traditionally takes place on Wednesdays. It is a ritual appointment that took place according to the rules, but the welcome reserved by the sovereign to the Prime Minister is causing discussion. In fact, in greeting Truss, Carlo uttered an unusual phrase: “Dear, oh dear”a kind of “Holy Heaven” that lends itself to different interpretations.

That these are hard times for the UK is well known. The announcement of a “mini maneuver” budget containing deficit tax cuts had unleashed a political and economic storm that forced Truss to back down after just ten days. Kwasi Kwarteng, Chancellor of the Exchequer, had to declare that the rate cut had “become a distraction” that distracted from the “main mission”. An obligatory decision to calm the markets and placate the discontent of many Tories. The country has therefore just emerged from difficult weeks between the collapse of the pound and tensions with the central bank. For this reason, many observers have wanted to read between the lines of the exclamation addressed by the King to the Premier.

The most mischievous glimpse a note of reproach or worse, a sigh of concern. There are those who emphasize that it could be an expression of empathy for the difficult moment that Truss is going through, criticized in the country and also within his party. One could even reverse the reading. After all, Carlo is also just starting out in his new job as head of state. The people of the net also noticed a certain novice embarrassment in the attitude of the ruler. However, it seems that the King in responding to the greeting of the Truss (a simple “Majesty, it is a pleasure to see you again”) has also added a “Here again?”, alluding to a previous interview. For those who bet on Carlo’s dislike for Liz Truss, this question is further confirmation.