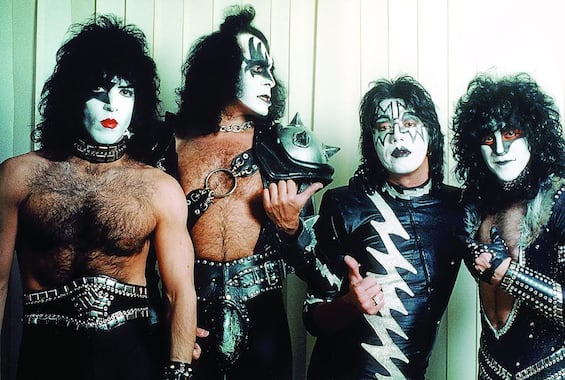 Creatures Of The Night was released in October 1982. The single “I Love It Loud” has been performed on nearly every KISS tour, as well as “War Machine,” the ballad “I Still Love You,” and the title track are featured on the their live sets for years. Also of note is “Killer”, which featured the group’s first songwriting collaboration with their future guitarist Vinnie Vincent. Creatures Of The Night went gold with over 500,000 copies sold.

The Super Deluxe version “Creatures Of The Night 40” features 103 tracks in total, 75 of which are previously unreleased. CDs 2 and 3 contain 34 demos, rarities and outtakes, including previously unreleased tracks such as “Deadly Weapon (Penny Lane Demo)”, “Not For The Innocent (Demo)” and “Betrayed (Outtake)”. CDs 4 and 5 feature 26 incredible live recordings from the ’82/’83 Creatures Tour. In Blu-ray Audio for the first time ever the sound of the disc in Dolby Atmos and a 5.1 surround mix taken from the original multitracks, in addition to the high resolution stereo mix.

THE Kiss they are the no. 1 and have sold over 100 million records worldwide. Unmatched live, Paul Stanley, Gene Simmons, Eric Singer and Tommy Thayer are now in the middle of their tour End of the road.