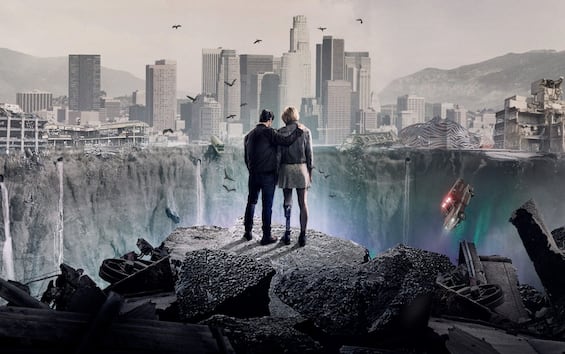 La Brea is a new science fiction TV series produced by Universal Television, in collaboration with Keshet Studios and directed by David Appelbaum, who also appears as executive producer alongside Alon Shtruzman, Rachel Kaplan, Bryan Wynbrandt, Avi Nir, Peter Traugott, Steven Lilien, Adam Davidson, Arika Lisanne Mittman and Ken Woodruff. The events take place in downtown Los Angeles, shaken by a sudden chasm that opened and dragged down people and buildings in the area. At the end of this hole, however, there is a primeval land full of pitfalls, with those present who will do everything to survive while those left behind try to understand why all this happened.

The cast of the tv series

La Brea reminiscent of a tv series shrouded in science fiction mysteries like Lost and sees within it a cast of actors known above all on the small screen. Here is the list of the main protagonists:

The first trailer of the TV series was released on October 6, 2021. In the video, lasting just over a minute and a half, we see this great chasm created, inside which fallen people fight against frightened beings and others. unknown threats. The chasm de La Brea it is not a place that really exists, but is inspired by tar pits around which it was formed Hancock Park in Los Angeles. For the uninitiated, that place is internationally renamed for paleontological and archaeological. In Spanish, however, the word “brea” means bitumenwhich in a certain sense refers to the tar pits and the pitfalls they bring if passers-by arrive in their vicinity.