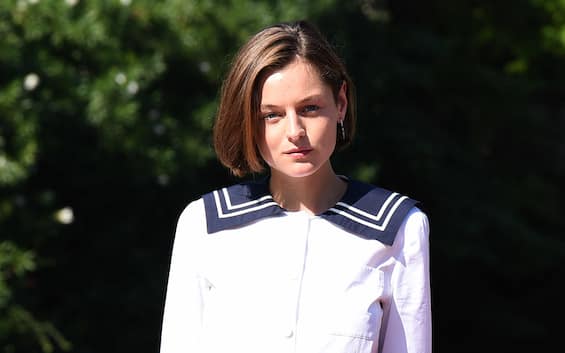 Emma Corrin is the protagonist of the new Netflix production (also visible on Sky Q and via the app on Now Smart Stick). The streaming platform shared the trailer for the film Lady Chatterley’s loverbased on the novel by the English writer DH Lawrence.

Laure de Clermont-Tonnerre he directed Lady Chatterley’s lover, the film adaptation based on the famous novel published in the last century. The film will star Emma Corrin and Jack O’Connell in the role of Lady Chatterley And Oliver Mellorslinked by heart but separated from society, as shown in the trailer released by Netflix.

Emma Corin (PHOTO) is among the fastest growing actresses in the world of cinema, among the awards obtained also a victory at Golden Globe in the category Best Actress in a Drama Series.

Netflix Italy has released the official synopsis of the film in the film profile: “When the love she felt for her husband ends Lady Chatterley begins a passionate relationship with a gamekeeper on the family estate.”

Lady Chatterley’s lover will arrive on the streaming platform (also visible on Sky Q and via the app on Now Smart Stick) in a few weeks, more precisely Friday 2 December.