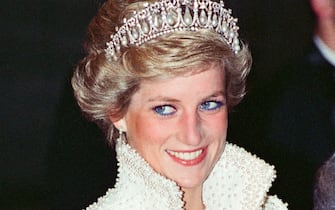 Diana Spencer, for the whole world Lady D, died 25 years ago – on 31 August 1997 – in a car accident in the Pont de l’Alma tunnel in Paris. A beloved, tormented and never forgotten figure of her, on several occasions she has spoken of her about her marriage to Prince Charles, of her suffering for his relationship with Camilla Parker Bowles and of the meaning of her for her. he had the love of her. But she has also often had words for her role in the Royal Family, for her children and for the social commitment to which she has dedicated much of her life. Here are his 10 most iconic phrases

“Well, there were three of us in this wedding, so it was a bit crowded,” Lady D said in the famous 1995 interview with BBC reporter Martin Bashir, who was later accused of having tricked out some information.

Lady Diana, here are all the actresses who have played her

“People think that in the end the only answer is a man. In reality, a satisfying job is better for me ”

“I don’t want expensive gifts, I don’t want to be bought. I have everything I want. I just want someone who is there for me, who makes me feel safe ”

“I do things differently, because I don’t follow a book of rules, because I follow the heart, not the head, and even though that got me in trouble at my job, I understand it. But someone has to go out there, love people and prove it ”

“Make a casual gesture of kindness without expecting any reward, with the certainty that one day someone might do the same for you”

“I would like to be Queen in people’s hearts, but I don’t see myself as Queen of this Nation”

“I want my kids to learn to understand people’s emotions, their insecurities and worries, their hopes and dreams,” Lady D once said of her children William and Harry.