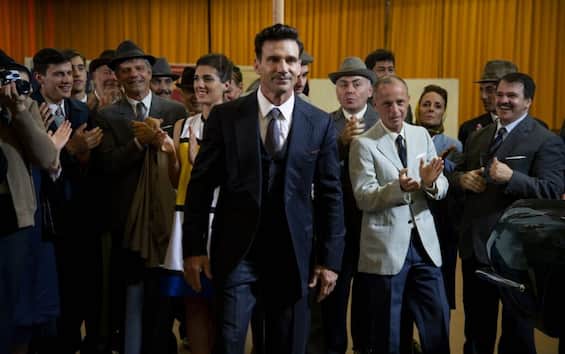 Previewed at the last edition of the Rome Film Fest, in the Alice nella Città section, Lamborghini: The Man Behind the Legend arrives in stream on Amazon Prime Video the January 19, 2023 (also visible on Sky Q and via the app on the Now Smart Stick). Written and directed by Bobby Moresco, the biopic tells the charismatic and visionary figure of Ferruccio Lamborghini, historic founder of the car company that bears his name which has become a point of reference all over the world.

Lamborghini: The Man Behind the Legendthe official plot

Set in post war, the film brings to the screen a Italian history. The screenplay not only focuses on the life of the historic founder of the Lamborghini car manufacturer, from his humble beginnings as a tractor builder to his notorious rivalry with Enzo Ferrari, but also on the history of Italy in the 1950s, a country engaged in the complex transition towards a new industrialized modernity. A parallel narrative that aims to offer the public a complete look at the reality of the period and the automobile industry in our country.

The cast of Lamborghini: The Man Behind the Legend

In the first images of the trailer and stills photos published online can be seen Frank Grillo in the role of the protagonist Ferruccio Lamborghini, See Sorvino and Gabriel Byrne as part of the international cast, while as Italian actors are present in the cast Fortunato Cerlino, star of Gomorrah The Series, Romano Reggiani and the rapper Clementino. Moresco’s film is based on the book Ferruccio Lamborghini, the Official History written by his son Tonino and published in 2016 by Minerva Edizioni. The production is Lambo Film with ILBRE of Iervolino and Braccare and Notorious Pictures in collaboration with Prime Video.