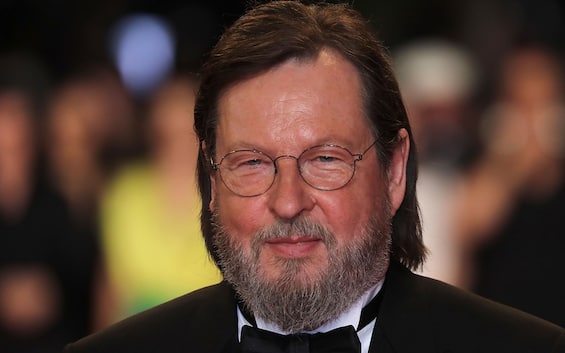 It is the Danish director Lars von Trier who receives the Marco Melani Award 2022, an award which has been awarded annually since 2006 by the will of the Municipality of San Giovanni Valdarno and Enrico Ghezzi in order to keep alive the memory of the Sangiovannese author Marco Melani through a tribute to a contemporary artist who distinguished himself for linguistic and formal experimentation in the cinematographic and audiovisual fields. The awards ceremony will be held on December 10 at the Cinema Teatro Masaccio in San Giovanni Valdarno (AR) starting at 9pm.

W illem Dafoe, designated for retirement by the Zentropa production house, will read a speech written by Lars von Trier on the first of the two days of the award’s activities (December 10, 2022). the American actor is a friend of the director for whom he played four films between 2009 and 2013: Manderlay, Antichrisyou Nymphomaniac (vol. 1 and 2) and the TV series The Kingdom – Exoduspresented at the 78th Venice Film Festival.

The award ceremony will be held at the Cinema Teatro Masaccio in San Giovanni Valdarno starting at 21. The director will follow the ceremony remotely.

«Dear friends, I am very happy and honored to receive your fantastic award. Heartfelt thanks to everyone who welcomed or supported this crazy idea. Interaction work between the arts has always been very important to me. Thank you Marco Melani, thank you San Giovanni Valdarno, thank you Italy, from the humble Lars».

The activities of the Prize include, in addition to the award ceremony, a research program, an online study and an exhibition dedicated to the Maestro, with free admission at Casa Masaccio | Center for Contemporary Art, for the series EXPOSURE THE CINEMA.

Starting from 2020, the Marco Melani Prize benefits from the recognition and co-financing by the Directorate General for Cinema and Audiovisual of the Ministry of

Culture (MIC) and is curated by Rita Selvaggio, art historian, critic and curator of contemporary art, who declares: “Radical and divisive, a long career that has shown a very strong bond with History, the History of Art, Epic and Literature, with these motivations

the XVI Marco Melani Prize will be awarded to Lars von Trier, one of the most controversial and significant filmmakers of all time”.

Valentina Vadi, mayor of San Giovanni Valdarno, and Fabio Franchi, councilor for culture, declare: “We are grateful to Lars von Trier for enthusiastically accepting our proposal and accepting to be awarded the Marco Melani 2022 Award, an award that pays to our fellow citizen Marco Melani, film critic and great promoter of cinema, friend and associate of many of the most important directors from all over the world and which is awarded to directors who more than all have distinguished themselves for their ability to innovate and experiment in the cinematographic field , unequivocally marking the history of cinema. It is a great honor for us to be able to count on the name of Lars von Trier, an undisputed master of cinema, in the prize list”.

Fabio Cherstich (Theatre director), Cinema as the stage of the icon: Medea / Selma

Enrico Ghezzi will be present, (Director of the Marco Melani Prize

4.00 pm Thieves from cinema, by Marco Melani (from ‘Fuori Orario’)

4.15 pm The last days of humanity, a film by Enrico Ghezzi and Alessandro Gagliardo

Enrico Ghezzi and Gabriele Monaco, producer of the film, will be present

a story about the extraordinary figure of Marco Melani