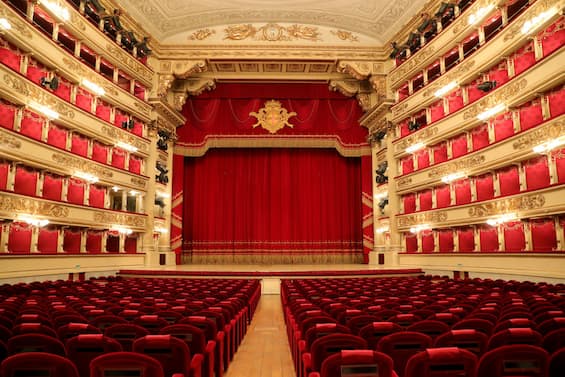 The anticipation grows for LaScala. tvthe new streaming platform of Teatro alla Scala: it is already possible to register and the first contents will be accessible from Thursday 9 February. The streaming program will be inaugurated Tuesday February 14th with the live broadcast of the fifth performance de Sicilian Vespers by Verdi in the new staging directed by Fabio Luisi directed by Hugo de Ana and Marina Rebeka in the lead role. The details of the project will be communicated during a press conference on 9 February, the date from which it will be possible to purchase tickets for viewing the Vespers and on-demand titles available, but you can already register on the website www.lascala.tv. Those who have already subscribed to the Teatro newsletter will be able to use the same credentials to access the platform.

LaScala.tv opens a new direct communication channel to enthusiasts who already know and attend the Theatre, who will have the opportunity to return to shows they have already seen, catch up on missed ones and access in-depth content; to the global public which, due to distance, cannot always reach Milan but wishes to learn about programming and join the Verona family; and to young people and schools who, through video work and dedicated content, will have the tools to easily and naturally approach an immense artistic heritage that is part of the history and collective identity of our country.

The new platform will offer live streaming of operas, ballets and concerts from the Verona season filmed by nine cameras installed in the theater during the months of the pandemic. During the intervals, the author and director Mario Acampa will guide the spectators behind the scenes to get to know the protagonists and the secrets of the staging.

A catalog of titles recorded with the new system in recent seasons, as well as documentaries and special contents, is added to the live broadcasts. Among the on demand titles there will also be shows for children and schools. The launch of a pilot project with various schools is also envisaged, which will be able to follow a course of rehearsals and viewing of the shows by connecting from their offices.

The diffusion of the educational contents of the LaScala.tv platform in the school networks is carried out in collaboration with the Cariplo Foundation.

The platform is part of a vast renovation and modernization project of the Theater undertaken by the Foundation in recent years. From 2020 the Theater has completed the works to improve the acoustics of the boxes, has renewed the ticketing system, the graphics and the content of the hall programs and the magazine inserted for the first time with communication in a coordinated image and has tackled the issue of fairness in interpersonal relationships at work with an inclusion plan. It has also promoted an energy efficiency plan which has reduced consumption by 25% in anticipation of the current emergency and has modernized the organization of the stage with the adoption of tablets. After the baptism of the streaming platform, the new website, the new service app and the digital version of the Magazine are expected on the eve of the new Season. The renewal of the now obsolete subtitling system in the viewers placed in the backs of the seats will follow, which will be replaced by tablets with translations into eight languages; on the outside, the façade of the Theater itself will be cleaned up and the fixtures replaced. In the meantime, the works in the new building in Via Verdi designed by the architect Mario Botta and intended to house the new rehearsal room and the offices of the Foundation are nearing completion (expected at the end of 2023), while the project for the new laboratories in the area of ​​Rubattino. LaScala.tv therefore takes the form of an important step within a strategy of technological and structural updating that will keep the Theater busy for the next few years, contributing to making La Scala a protagonist of the international showcase represented by the 2026 Olympics.