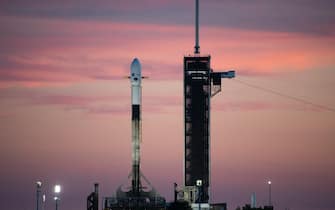 From the Kennedy Space Center in Cape Canaveral, the Ixpe astronomy satellite was launched, intended to study the extreme phenomena of the universe in the joint mission of NASA and the Italian Space Agency (Asi). The National Institute of Astrophysics (Inaf) and the National Institute of Nuclear Physics (Infn). The launch took place with a SpaceX’s Falcon 9 rocket

WATCH THE VIDEO: Live In Courmayeur, Paolo Nespoli and the future of Space

Announced in January 2017, the Ixpe (Imaging X-ray Polarimetry Explorer) mission has been developed as part of NASA’s Small Explorer (Smex) program and has a total cost of 180 million. L’Italia participates with 20 million euros and its scientific and technological expertise: the National Institute of Astrophysics (INAF) has the scientific coordination, while the National Institute of Nuclear Physics (Infn), with INAF and the support of ASI, has conceived and developed the instrument that constitutes the heart of the mission , the Global Pixel Detector (Gpd)

Japanese billionaire on a mission to space

To the scientific part the University of Roma Tre also collaborates. The ASI also makes available to the Ixpe mission both its Malindi base for data reception, thanks to the collaboration of Telespazio (Leonardo-Thales), and the Space Science Data Center (Ssdc) for data analysis. For the industry, the Ohb-Italia company also collaborates in the mission

Live In Courmayeur, Nespoli: “Space will soon be for everyone”

The three telescopes on board the Ixpe observatory, all designed and manufactured in Italy, they will allow us to understand how the X-rays emitted by very distant and still almost unknown cosmic objects are polarized, that is, how they vibrate in a particular direction, and this will help to better understand the extreme environments in which they are generated