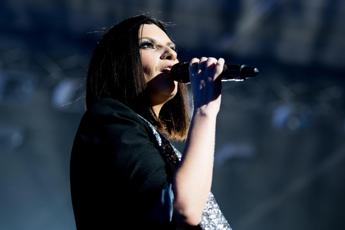 Appreciation, insults and a lot of irony in the comments and the artist’s name flies to the top of Twitter trends

Appreciation, insults and a lot of irony. Laura Pausini is at the center of a storm of comments on social networks for his refusal to sing ‘Bella Ciao’ on a Spanish television program “because it is a political song”. The name of the singer from Romagna is first in the Twitter trends for the thousands of quotes and comments of her. Former PD MP Anna Paola Concia notes: “Now the problem is Laura Pausini who doesn’t sing Bella Ciao. Really? Trendy? Haven’t your bills arrived yet?”


After the attestation of esteem received by Matteo Salvini, Pausini receives the applause of the journalist founder of centro-destra.it Giorgio La Porta defends the artist: “Laura Pausini’s fault is not not for not having sung Bella Ciao, but for never having had to beg for success on the left at the Concertone on May 1st, at the Unity parties and so on. It is the difference between who is good and who is servant … Come on Laura and W freedom! ”

On Laura’s side is also the journalist of the Century of Italy Hoara Borselli: “Laura Pausini in the pillory for not having sung Bella Ciao in a Spanish show. The horrified left cannot understand how there can be a non-politicized artist who doesn’t you insult the right or the Meloni. Instead it exists and Laura has shown it. Great! “

Appreciation is also tweeted from the account ‘Il Patriota’: “Laura Pausini refuses to sing Bella Ciao live on TV in Spain. Finally, even in the art world someone is beginning to oppose the cultural dictatorship of the left”.

Many comments of opposite sign: “Bella Ciao is not a political song. It is a song of resistance and freedom of a people against the invader. It is a hymn of freedom against oppression. Choosing not to sing it is a political choice” . “Laura Pausini reminds me of those who say that I am neither from the right nor from the left and, in general, I am from the right”, writes another Internet user. “Abroad they see Bella Ciao for what it is, a liberation song. It is ‘divisive’ or ‘political’ only if you are a fascist, because it divides into fascists and anti-fascists,” points out another tweet. Someone mentions the singer who says “I don’t want anyone to use me for political propaganda”, then attaches Salvini’s statement of esteem and comments: “Here, however, there is someone who is using you precisely to make political propaganda. Now, for consistency, we also expect your clear stance against Salvini, because you will take it right? ”

“She did not want to be used. And instead the image shot is very hard. Because that she is good it is a fact that she has made a figure of mer .. well. Sometimes it is better to admit it and apologize”, writes Giuseppe Candela, journalist of Dagospia and the website of the Fatto Quotidiano. And again, someone cites a previous intervention by the artist: “Laura Pausini refuses to sing Bella Ciao because she is ‘Too political’. When she instead wrote ‘Talk to us about Bibbiano’ she didn’t want to attack the Democratic Party, right?”

The great absent from the comments of the first hours are Laura’s colleagues. No singer at the moment has decided to comment, at least publicly. While many ordinary citizens resort to irony: “Now who tells Povia that the new icon of the right is Laura Pausini?”, Writes a user. “I don’t sing ‘The Cannon Woman’ because I’m against guns,” jokes another.