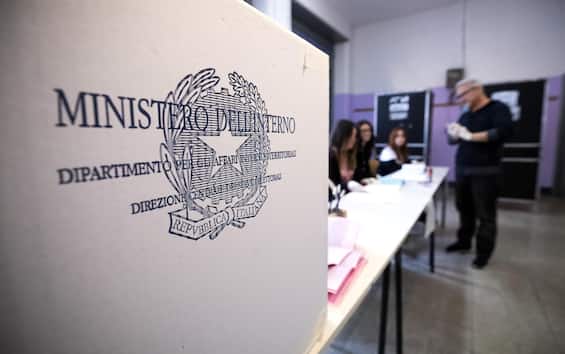 Between 18 and 23 January, the two Regions voting will compile the list of tellers for each polling station in view of the votes scheduled for 12 and 13 February next. Here is all the information

Next 12 and 13 February there will be votes in Lombardy and Lazio for the Regional Elections. As with any other vote, numerous polling stations will be set up, each of which will consist of a minimum of two and a maximum of four tellers.

As always, the latter will have the task of signing the ballot papers of their own section before the beginning of the voting, checking the documents of the voters, filling in the register of voters and proceeding with the final counting of the votes.

The requirements to be scrutineers

To hold the office of scrutineer, you must be an adult Italian citizen, endowed with all civil and political rights, who have completed compulsory schooling and who are registered on the electoral lists of their municipalities.

Applications for registration in the municipal register must generally be delivered in the municipality of residence from 1 October to 30 November. Once enrollment is completed, one remains in the ranking also in subsequent years, without the need to renew one’s membership, unless one loses the necessary requirements or requests removal from the list.

The salary of the tellers

The job of teller is always paid, even if the remuneration varies according to the type of elections for which one works and the role of the teller within the polling station.

The procedure for the appointment in Lazio and Lombardy

Specifically for the regional elections next February, between Wednesday 18 and Sunday 23 January the electoral commissions of the municipalities will meet and appoint the tellers for each polling station. Subsequently, a ranking is drawn up among the remaining people for replacements in the event of renunciation by the “owners”.

In the event that he cannot carry out his duties, the scrutineer has 48 hours to communicate it, with a reason, to the Municipality. In this case, the mayor will appoint replacements, who must be notified within three days before the vote, in this case by 9 February.

There are several procedures for appointing the president and the secretary of the polling station. The first is selected by the president of the competent Court of Appeal of the territory within 30 days before the vote, while the second is nominated directly by the president. The priority to play the role of president is granted to insiders in the world of justice, due to the high reliability necessary to carry out this task.