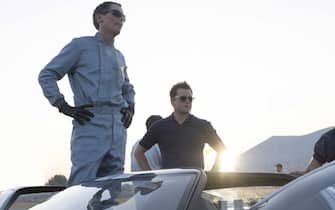 Le Mans ’66 – The great challenge is a 2019 film directed by James Mangold. The film received 4 nominations for the 2020 Academy Awards, including the Oscar for best film, however winning in the technical categories, best editing and best sound editing

Matt Damon is the protagonist of the film, in the role of Carroll Shelby, a former pilot turned entrepreneur

Matt Damon: from “Will Hunting” to “The Martian”, his best films. PHOTO

Le Mans ’66 – The Great Challenge, the plot of the film

Le Mans 66- The great challenge, a true story, between engines and friendship

Le Mans 66, the true story of the movie Ferrari vs Ford

The best movies of 2022 according to the New York Times

Also in the film is Tracy Letts, who plays Henry Ford II

Movies on 4 wheels, the 45 most famous cars seen at the cinema

Enzo Ferrari is played by “our” Remo Girone