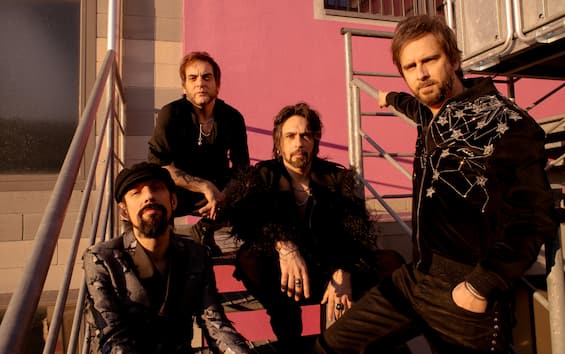 After Intense Pink song with which they have celebrated the sexual freedom of the female body against all kinds of prejudices and stereotypes, The Vibrations they go out with Laugh again, a new single, on the radio from Friday 6 January, which tells how laughter can be the antidote for all our defects. The single is contained in the latest EP YOU (Artist First), a work in which The Vibrations have concentrated six songs that tell, in a clear world, a sound position and where the most visceral soul of the band emerges which presents a compact and constantly evolving sound.

“Laugh again it’s the first song written in the pandemic –tells Francis Sarcina– It’s a song not to forget, but not to live in fear, if anything to learn and do better because human beings tend to forget easily. A song that talks about knowing how to value laughing together with important people”.

The Vibrations will return live with a new tour produced by 432 and Color Sound, of which the first three dates scheduled for March 4 in Rome (LARGO VENUE), March 8 in Milan (FABRIQUE) and March 10 have already been announced. in Turin (HIROSHIMA MON AMOUR). Tickets for the concerts are available in presale on Ticketone.it.