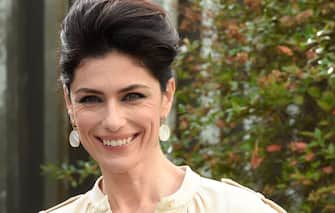 Anna Valle plays Lea Castelli, a nurse who returns to work in the pediatric ward of the Estense hospital, in Ferrara, the place where the TV series is set and where the scenes were shot

WATCH THE VIDEO: Anna Valle, the best roles she has played

Giorgio Pasotti gives the face to Marco Colomba, head of the hospital ward and Lea’s ex-husband. Meeting and working together for the two will not be easy

20 years ago “The Last Kiss” was released: this is how actors are today

To give the face to Arturo is Mehmet Günsür, Turkish actor and model. Arturo is a musician, guitarist and bassist, born in Turkey where he lived until he was twenty. He has a daughter, Martina, and soon falls in love with Lea

Primo Reggiani plays Pietro Verna, a young pediatrician and friend of Marco who he considers his mentor. Pietro is about to marry Enrica, daughter of the owner of a private clinic

Rosa Nibbi is played by Daniela Morozzi. Head nurse of the pediatric ward, Rosa is married to Donato and is Lea’s best friend

In the role of Anna Galgano we find Eleonora Giovanardi. Anna is a doctor in the gynecology department and an old friend of Lea’s. She is also the new partner of Marco Colomba

The best films to see in January 2022 in streaming and in the cinema. PHOTO

Gaia Insegna plays the role of Barbara Mosella, mother of little Kolja Mosella, a child of Russian origin adopted by Barbara and suffering from bone cancer