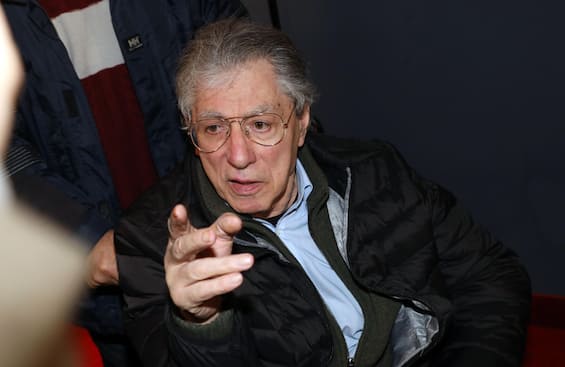 Umberto Bossi clarifies the initiative relating to the “Northern Committee” within the “Lega per Salvini premier”. The old leader of the Carroccio speaks of respect for militancy, autonomy as a green banner, handkerchief and tie, the symbols of freedom

“What I am doing is in line with what I have done all my life: asserting the reasons of the North. I repeat that the Northern Committee is an internal committee of the ‘Lega per Salvini premier’ “. This is what Umberto Bossi underlines with AdnKronos, shedding light on the initiative. The Committee” does not include names – says the founder of the Northern League – who they are not part of the party and at the basis there is respect for militancy “.

Bossi: Given sent to Ciocca and Grimoldi

“The people who will have the mandate for the organization – declares Bossi – are MEP Angelo Ciocca with the task of maintaining relations with militants and European institutions and Paolo Grimoldi to manage regional relations” Bossi says he has chosen the two members of the League to help him in the project, reiterating that the committee is internal to the “Lega Salvini premier”.

Bossi: “Our banner remains the autonomy of the North”

“The banner is what has made the ideals of the League great: autonomy for the North” insists Bossi. “The green handkerchief and tie are our symbols of freedom” concludes the Senatur.

Ciocca: “When Bossi orders you work”

“When Bossi orders you can only work,” Angelo Ciocca MEP of the League told Adnkronos. “The Northern Committee is a project that aims to prevent the League from falling apart” continues Ciocca “an operation to regroup important energies, that north that the League made great on the intuition of the founder, Umberto Bossi “. Then he continues: “From me maximum willingness to work on this line, a commitment for Bossi, but within the League for Salvini premier and in the interest of this team” adds Ciocca.

Castelli: “We need to understand how this question develops”

Roberto Castelli, historical exponent of the old Northern League, clarifies that “Bossi is by no means a shadow, he is a fundamental presence, an old lion who will fight to the end, but – he specifies – we need to understand how this issue develops. I learned that in every political initiative must ask ourselves “cui prodest”? Because the readings can be many “. So he warns: “If the Northern Committee starts from a precise need to bring the debate on the Northern question to the fore, absolutely welcome. But let’s see how it will develop and we will see the true essence of this initiative” concludes Castelli.