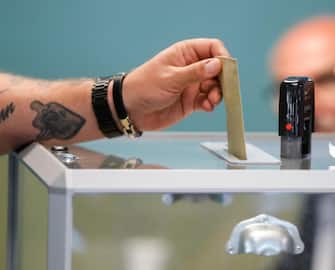 Today the French are called to the polls again for the second round of legislative elections, to which in most cases only the two best performing candidates in each constituency at the end of the first round qualified. Here you are everything you need to know

WATCH THE VIDEO: French elections, head to head between Macron and Melenchon

The polling stations will be openi from 8 to 18but in big cities like Paris, Lyon or Marseille they close at 8pm. From that time on, the first results of the polling institutes will be communicated and the electoral silence will end

Of the 577 departments up for grabs, 539 are in metropolitan France, 27 in overseas France and 11 abroad. The presidential majority (Ensamble) managed to qualify in 421 constituencies, the left united in the New Ecological and Social People’s Union (Nupes) in 382, ​​the Rassemblement national in 207 and the center-right alliance in 89. Ensembles and Nupes will clash in 272 constituencies

The latest projections see the presidential field still favored to obtain the majority, relative or absolute, with a number of seats between 255 and 295, while the Nupes is credited with being the first opposition force with 155-190 deputies

Among the challenges to keep an eye on are the ones they are involved in the ministers of the new government of Elisabeth Borne, who in case of defeat will have to resign as established by a rule in force since 2007

For weeks the major exponents of left reunited in the New ecological and social popular union, among which Jean-Luc Melenchon, they continue to evoke cohabitation, that is, the situation in which the parliamentary majority and the head of state belong to opposite sides. This is a typical feature of semi-presidential systems and in particular of the French one

In this case the power of the President of the Republic he contracts, because in dictating the political line of the country and in proposing laws, the latter has to deal with a Prime Minister and a parliament that do not support him. This is precisely the scenario in which Nupes and Melenchon hope

The latest predictions of the voting institutions, however, would not coincide with the hopes of the left, crediting the Nupes to have between 180 and 210 seats, while the quota for the absolute majority is set at 289. At the same time, Ensemble however, it risks being able to conquer only a relative majority