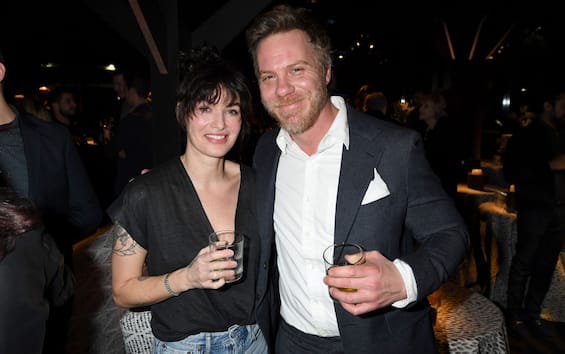 Orange blossom for Lena Headey and Marc Menchaca who crowned their dream of love in Italy, more precisely in Puglia. The actress, known for playing the famous queen Cersei Lannister neither Game of thronesjoined in marriage to the actor of Ozark, his partner for two years. At the ceremony, which took place last 6 Octoberthe couple wanted a few guests but among them they could not miss the set mates of the HBO show including Sophie Turner and Emilia Clarke.

The reunion of Game of Thrones in Puglia

A few days later, the shots of Lena Headey and Marc Menchaca in wedding dresses appeared online on their wedding day in Italy in full Italian style.
A intimate ceremony but with attention to the smallest details, this is the feeling you breathe at first glance with the spouses who made their promises outdoors, thanks to the still warm climate of Puglia. Headey, forty-nine, chose a White dress of the Galvan brand style slip dress with thin straps, a model that has put in evidence the tattoos on the shoulders and back of the actress. On her head the bride wore a floral accessory in soft colors, different from those of the bouquet, more colorful. The groom opted instead for a three-piece suit, with vest and red tie, and during the day he wore a hat with a cowboy-style brim. The couple’s relatives and actors came to Italy for the ceremony and shared a piece of their career with them. Fans of game of Thrones they will certainly have appreciated the presence of Sophie Turner and Joe Jonas, from Emilia Clarke, Conleth Hill And Peter Dinklagethe last two interpreters of Varys and Tyrion Lannister in the transposition of the fantasy saga for the small screen.

For Lena Headey it is the third marriage

Together since 2020, Headey and Marc Menchaca wasted no time in formalizing their story by appearing in public for the first time as a couple a few months after their dating began. For Menchaca, forty-seven, this is the first marriage; third wedding, however, for the Hedley that was previously married with the musician Peter Paul Loughranfather of his first child, and with the director Dad Cadanfather of his second son.