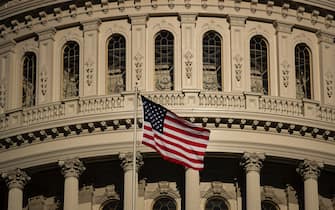 The Politico article announcing the measure

The measure now passes to the Chamber, but it is not clear when the final vote will take placeas Congress soon closes for a two-week hiatus

The initiative was considered a turning point in the war, allowing the United States to help without having direct involvement in the confrontation. A position, the American one, which however did not last long: with the attack on Pearl Harbor in December 1941 (in the photo) the USA were in turn dragged into the conflict

Ukraine, even “kamikaze” Switchblade drones among US military aid in Kiev

The site Politic he explains that the Lend Lease Act “allows President Joe Biden to use the program” with a ruse that the US resorted to during World War II and which played a crucial role in allowing it to quickly supply allies. “without time-consuming procedural obstacles”

During neutrality and after the entry into the war they were granted aid to 44 statesincluding to Great Britain, the USSR, France and China, for over 50 billion dollars. In the same period, the US received $ 7.8 billion worth of goods and services from 18 of the assisted governments (mainly from Great Britain) by way of reverse lend-lease.

Now the green light for the provision for Ukraine it shows the confidence of the majority of American senators in Kiev’s ability to beat Russia. But at the same time it feeds fears that Moscow could still represent a dangerous threat if his defeat does not come

The approved measure was welcomed by Ukrainian Foreign Minister Dmytro Kuleba (pictured): “We are grateful. It is an important first step that will allow us to ship military supplies to Ukraine,” he tweeted.

Instead, he criticizes Moscow, according to which the measure “will certainly have a largely negative effect” and will increase the tension already skyrocketing. The decision to “stuff Ukraine with weapons – was the warning of the Kremlin spokesman, Dmitry Peskov (in the photo) – the positive progress of the Russian-Ukrainian talks does not help ”