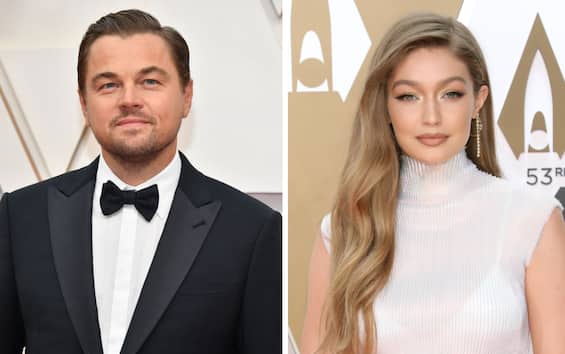 The famous US magazine PageSix breaks the silence on one of the couples that the same stars and stripes magazine defines as “shocking”: Gigi Hadid and Leonardo DiCaprio.

PageSix reports sources according to which the model, 27, and the superstar actor, 47, have been dating for months. A few hours ago the news came out that he would also like the beginning of a new, more intimate phase of their love story, always second PageSix.
However, the aforementioned sources close to the couple would claim that the two are “going slow”, as reported by reporters Oli Coleman and Alix Breeden.
A few months ago the supermodel and what we could define the top actor (to refer to a supermodel and also to wink at his visceral passion for supermodels …) would have approached while attending the same group of friends.

“But now we’ve learned that they’ve started dating (as a couple), just like a couple,” Coleman and Breeden say. PageSix.
An insider allegedly told the gossip magazine that the two are “mostly hanging out with groups”, adding “and alone a handful of times”.

The words of the insiders

“[DiCaprio] he is not someone who goes in and out of relationships, “the sources explain. And they add:” They are going slow. “

The two were spotted together on Saturday night (September 10) at an exclusive party held in a loft in Soho by the “Don’t Look Up” star’s friends, Richie Akiva and Darren Dzienciol.
And according to the “deep throat” of PageSix the alleged couple would go out together last week as well. However, people close to them say they are still “getting to know each other”. In short: they are going there with lead feet, as happens to us mere mortals in the early stages of a relationship.

Hadid and DiCaprio have met a few times over the years, the insider says, but it had never been anything romantic until now.

The first sightings of Hadid and DiCaprio together

The supermodel and superstar were first spotted together while they were with a group of friends – they were with Gigi’s sister (Bella Hadid) and Kendall Jenner – at Art Basel in Miami in 2019.

“But the rumors that the couple were getting romantic started after they were seen hanging out together at the opening of Ned – Akiva’s new-members-only club in Manhattan – in July,” he says. PageSix.

Another source told the aforementioned “American Gossip Bible” that DiCaprio and Hadid were again spotted together with the Manhattan club last August.
News of the “relatively new” relationship comes not long after the “Titanic” star’s breakup with his ex: DiCaprio has recently separated from his latest girlfriend, Camila Morrone (to whom he has been romantically linked for four years). .

She too, Camila, is a model, proving how much the actor has a weakness for models, which he seems to prefer by far to his fellow actresses …
A few months after Camila Morrone had turned a quarter of a century, the two said goodbye. However, the rumors of the evil ones – who spoke of the fact that 25 years in and around Hollywood is a sort of pre-retirement age, at least according to Leonardo DiCaprio – will have to go back on everything, given that Gigi Hadid is two years older than the ex. flame of the actor.

The always well-informed source of PageSix points out that the relationship between Leo and Camila Morrone had simply “run its course”.

“The star of Wolf of Wall Street she is apparently widening her age range by two years, having earned a reputation for ending relationships with her model girls when they reach their mid-20s, ”say Oli Coleman and Alix Breeden. With or without Hadid, Leonardo DiCaprio “went out to party every night,” according to a source who is very into the Hollywood jet set … Either the source is part of the Hollywood world or is Leonardo DiCaprio’s mom at this point .. .

Recall that Gigi Hadid has a 2-year-old daughter (named Khai), had by her ex-boyfriend, Zayn Malik.