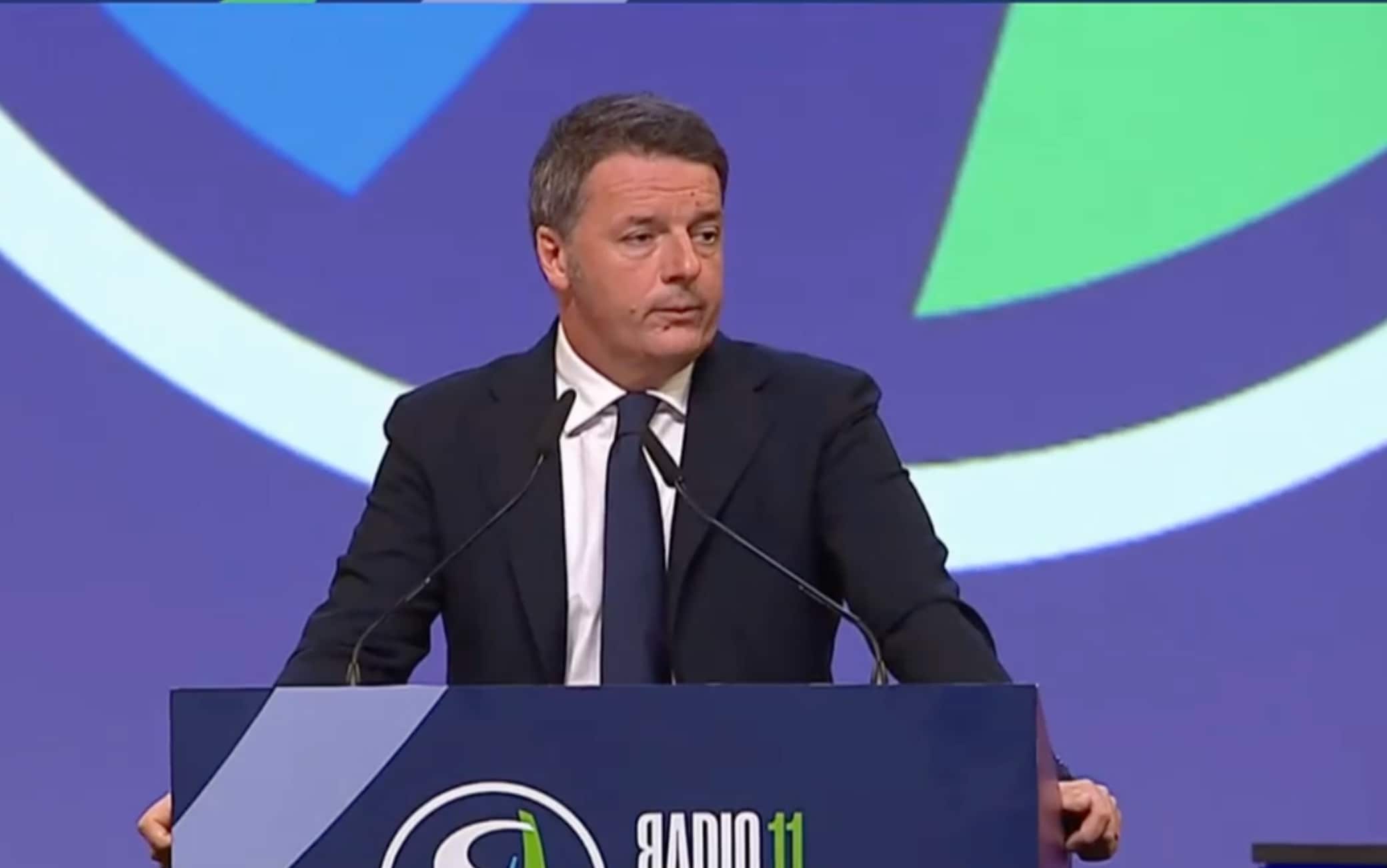 On the third and final day of the Italia Viva event in Florence, the party leader closes the event with his speech. Early elections would be “a mistake for our country, I think the priority should be to work on the NRP”. Then he added: “The center will be the decisive space”

“I think in 2022 we will go to vote.” Matteo Renzi, on the third and final day of Leopolda, the IV event in Florence, closes the event with his speech. According to the leader of Italia Viva, the early elections would be “a mistake for our country, I think the priority should be to work on the NRP, an incredible amount of money, which we will not have for years “. Renzi added: “I have the impression that the leaders of the main parties have an interest in going to vote. An interest that is political and personal “, he explained.” If the selfishness of 4 political leaders prevail and we vote we will be ready and smiling with the strength of our ideas. They must recognize us because we have ideas not because we hate others, for our proposals, which we have not changed to embrace Meloni and Conte “.

Renzi: “If Pd goes with 5S, he will leave the reformist house”

The leader of IV said that “if the Democratic Party marries the 5 stars, it is the Democratic Party that has abandoned the house it started from, it is not us. It is legitimate to embrace the beliefs of others, but it is not legitimate to say: you want go with Salvini and Meloni “. According to Renzi, “if you want to build a bipolarism that brings the Democratic Party into the arms of the M5s, it is that someone who has to explain why he has abandoned the ideals, it is not us who have entered the compass of reformism, but of those who pursue populisms on their land , which wink at citizenship income “. Then he added: “If the Democratic Party chooses to challenge the right in the field of European reformism, it must cut ties with those who are so populist as not to have even an idea, so populist as to borrow it from others, as does Conte. “.

Renzi: Italian democracy is stronger than Salvini and Conte

“Italian democracy is stronger than anything, even Salvini’s mojito or Conte’s pochette”, continued Renzi. August 2019, taking a box of Maalox and agreeing to stay in government with the 5 Stars that season, because we knew that if we had said the opposite, that is, if we had brought the country to vote, the country would have ended up in the hands of Salvini and Meloni for 5 years, and in two months they would have elected a sovereign president. I do not take lessons from those who in that political season explained to us that we had to face populism and sovereignism openly: this is not the case, we need flexibility in politics. “Renzi quoted a 1978 speech by Aldo Moro:” Our flexibility has So far Italian democracy has been saved more than our power, he said, and our flexibility in 2019 first and then in 2021 perhaps did not save Italian democracy, but saved European economic stability by sending home first Salvini and then Conte “.

Renzi: “Neither with Meloni and Salvini nor with Pd and M5s”

“If Salvini and Meloni make the right-wing axis and the Democratic Party denies the battles we fought together and chooses to ally with the M5s, it is natural that in the June elections we should occupy that political space of Leopolda, we are the ones who have always remained there “, Matteo Renzi said, closing the Leopolda.” Whoever wants to leave Iv to ally with Conte or Taverna go, will have our respect but not our consent “. Then he added: “If you see the center as a place of personal ambitions then it will never work, but if you imagine it as a place where you go to compete and to win, then it is where you can win elections in Italy and in the rest of the world. “. The center “is a political space that is not in the definitions of the old politics, but which is the place where elections are won in Europe and in the world”.

“In Palermo we nominate Faraone”

In his speech Renzi announced: “In Palermo we are not with Miccichè, we are with Davide Faraone which is a different thing; then Micciché does him, Provenzano does him, but in Palermo we are applying to lead a city that in recent years is not even managed to bury their own dead “.

Renzi: proud of Mattarella, someone wanted to try him

“I am proud to have contributed to Mattarella’s election,” said Renzi. “I want Leopolda to thank the President, who governed this country at a time when someone wanted to try him for another betrayal”.

“On the Zan Ddl, the symbol of a left that has chosen to be on the side of bla bla bla, and not on the side of values”, with a “Tafazzian masterpiece” that “canceled the possibility of bringing home the law , and the responsibility lies entirely with those who make demonstrations by coming to insult us “, said Matteo Renzi.” I don’t take lessons from this type of left, “he added. “Keep your posts on Instagram, leave us the beauty of doing politics, chase the influencers if you want, but don’t tell us that this is politics, and one day tell us how you managed to go from the prison notebooks to the Casalino blog, because this path is a path that hurts first of all those who believe in the beauty of the commitment to public affairs “.