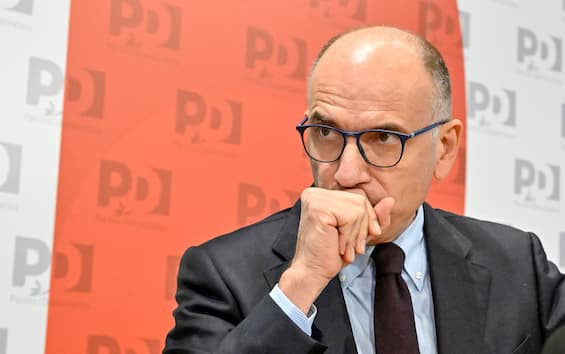 The secretary, a What’s the weather like, he talks about the future of the Democratic Party: by the end of February or beginning of March “we will have a new Democratic Party”. Will there be a name change? “We will also discuss this,” he says. Meanwhile, in the coming days, the agenda of the dem in Parliament will be presented

“We must be ready to do what the Italians have asked of us: to make the first opposition to this government in an intransigent and constructive way. To make an opposition both in Parliament and in the country, in the streets when necessary”. To say it, a What’s the weather like on Rai 3, it is the secretary of the Democratic Party, Enrico Letta. The hope is that the opposition will be “as united as possible”. And on the M5s, Letta explains: “he has played an important role, we govern with them” in some regions such as Lazio, where he will return to the vote (ALL UPDATES LIVE-AFTER THE VOTE: THE SPECIAL OF SKY TG24).

“A new Pd by winter”

Then a passage on the future of the Democratic Party: “All those who want to build an alternative” participate in the “constituent process of the new Democratic Party”, is Letta’s invitation. “It is a field in which nothing is decided and it will be exciting. Let them come and participate and by winter”, that is the end of February or the beginning of March, “we will have a new Pd”. Will there be a name change? “We will also discuss this. We will be free to discuss everything”, explains the secretary, who instead excludes “the dissolution of the party”. And in this regard he recalls: “We have 5 million Italians who voted for us and asked us to oppose”.

The next moves of the Democratic Party

Meanwhile, in the next few days, the agenda of the dem in Parliament will be presented: a proposal that will range from the misalignment, even at a national level, of the price of gas from that of electricity, to the minimum wage, up to the ius scholae on which they had made “progress”, Letta recalls. Bonacchini and Schlein? “Great resources and riches for the future of the center-left, as well as others. Many have made fun of the fact that there are too many candidates, I think it’s a good thing”, the secretary then stressed, stating that he had his own idea on the future leadership, but that he wanted to accompany the process with “neutrality” on the candidacy front.