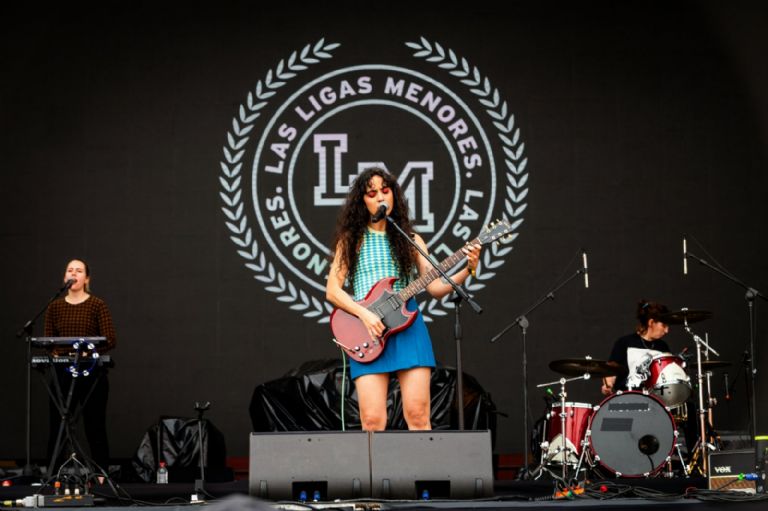 The Chileans of We Are The Grandwhen the thermometer marked 23 degrees at 3:00 p.m., they gave the go to a new version of the rock out fest in the Santa Laura Stadium. Local artists reviewed part of their hits, where they highlighted “Think about you” Y “Upon Awakening”in the latter, actively involving the public to close his presentation.

The second band to perform were the argentinxs from minor leagues who developed a 45-minute show in the “Cathedral” of Chilean soccer, including songs like “I Did Everything Wrong”, “1200 KM”, “Accident” and “In Winter” for the public that little by little began to fill the galleries and popular sectors.

For its part, Fother Muckers (False Aces) gave one of his first shows after 12 years of absence for this festival day. Those led by Christopher Briceno they were very energetic, despite the shortness of their presentation, to warm up engines for what will be their official meeting at the Caupolican Theater in a few more weeks. One of the best exponents of the Chilean indie scene knows that he draws a large mass of fans and they took advantage of each song to give themselves, precisely, to those nostalgic people who love the music they made during their first stage before becoming False Aces.

“It’s Miranda, my love!”was heard loud and clear in the sports arena when the creators of “I will tell you” to make the thousands of attendees who were settled hours ago dance and for those who had been arriving, during peak hours, at the stadium where the Spanish Union.

The night was cold and the thermometers marked 14 degrees at 8:40 p.m. and the American singer-songwriter Laura Pergolizzi, better known as LP, came out to give her second show on national soil in less than a year (the first had been Lollapalooza in the past) and turned on a fanatic that little by little begins to grow in this long and narrow strip of land . The New Yorker had a presentation with some sound problems, but it was the (almost) perfect preamble for the final label that would put it The Killers.

The natives of Las Vegas They went on stage after 10:30 p.m. and unleashed total madness in the stadium that this year has been occupied by the “Furia Roja” and the University of Chile to play as locals. “When You Where Young” it was one of the first compositions to play through the amplifiers and light up a freezing night.

“Santiago we are alive. Four long years have passed and you are the ones who love rock and roll”said Brandon Flowers in Spanish to give the pass so that it would sound “Jenny Was A Friend Of Mine” and that from the gallery to the preferential court they chanted it at the top of their lungs.

“We are humans”was the legend that was read on the backs of the band to continue with one of their best-known hits such as “human” from the album Day&Age, same disc that came preloaded in those years in several models of IPODS. With a small introduction mentioning that they are from Las Vegas, Flowers sang one of the band’s best-known hits, “Somebody Told Me.”

“Runaway” Y “Read My Mind”were also part of the setlist prepared by those from Nevada, without neglecting the attitude and energy that they had Brandon Flowers to address the public and move around the front of the stage, generating empathy and showing that he is one of the best frontmen in rock today. Likewise, the band, despite some modifications that it has had in recent times, continues to vibrate as in its first presentations, creating a show that, as a fanatic said, is “just like in Vegas”.

“I can write the saddest verses tonight”said the vocalist, paying a small tribute to the award laureate, Pablo Nerudato give rise to “All These Things That I’ve Done” and begin to close a busy night and of course a lot of rock. “Spaceman” turned the Santa Laura pastures into a dance floor, something not so far from what is experienced every weekend in the mythical Blondie, to end with “Mr. Brightside” and leave happy the thousands of people who gathered in one of the oldest stadiums in Chile to experience a new version of RockOut Fest.