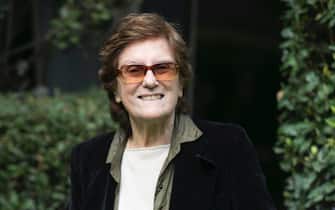 Liliana Cavani turns 90Italian director and screenwriter born in Carpi on 12 January 1933. Graduated in ancient literature and graduated from the Experimental Center of Cinematography in Rome, she began her career making documentaries And short films of a social and political nature for Rai, including The history of the Third Reich (1963-64), The house in Italy (1964-65) and The woman in the Resistance (1965)

Stan Lee, announced with a trailer the documentary about his life

FRANCIS OF ASSISI – In 1966, Liliana Cavani directed what was the first film for Rai television: Francis of Assisi. Proposed in two episodes, on 6 and 8 May 1966 in prime time on the first channel, it sees Lou Castel in the role of the saint. (In the photo Liliana Cavani)

“Chiara”, the cast of the film of the story about the saint

GALILEO – Two years later he directed the film Galileo, presented at the 29th Venice Film Festival in 1969, with Cyril Cusack and Georgi Kalojančev. A work focused on the conflict of Galileo Galilei, divided by the conflict between science and religion

THE CANNIBALS – Film from 1970, it is inspired by Sophocles’ Antigone but set in an unspecified dystopian future. Against the backdrop of a city strewn with corpses that the police forbid to bury moves Antigone, a girl who would like to give a proper burial to her brother and who, with the help of a young man named Tiresias, will meet her death for opposing the power

THE GUEST – Two years later Liliana Cavani directed this film, presented at the Venice Film Festival out of competition. The protagonist is a woman who, after leaving a mental hospital, goes to live with her brother’s family and tries in vain to reintegrate into society (In the photo Liliana Cavani)

MILAREPA – Presented in competition at the 27th Cannes Film Festival, this 1974 film is inspired by a classic text of Tibetan literature, Tibet’s Great Yogi Milarepa. The protagonist is Leo, a Tibetologist who tells a professor and his wife what he has finished translating about Life of Milarepa: in Tibet the life of Milarepa is shown through the same actors who played Leo, the professor and his wife. (In the photo Liliana Cavani)

THE NIGHT PORTER – From the same year it is The night porterset in 1957 and centered on the encounter between Lucia (Charlotte Rampling) – a Jewish woman who survived the concentration camp – and Maximilian, her tormentor who, under an assumed name, works as a night porter in a hotel in Vienna

BEYOND GOOD AND EVIL – The 1977 film tells the last years of philosopher Friedrich Nietzsche’s life, marked by his relationship with Lou Andreas-Salomè and Paul Rée. A situation aggravated by Friedrich’s sister, Elizabeth, who in love with her brother does everything to get him away from both Paul and Lou. For this film, Virna Lisi (Elizabeth) won the Silver Ribbon for Best Supporting Actress

SKIN – Presented at the Venice Film Festival, this 1981 film stars Marcello Mastroianni, Claudia Cardinale and Burt Lancaster in the cast. Based on Curzio Malaparte’s novel of the same name, it is set in Naples that has just been liberated in 1944 and is trying to move forward amidst the rubble of war. For her performance, Claudia Cardinale won the Silver Ribbon for Best Supporting Actress

BEYOND THE DOOR – In 1982 Liliana Cavani directed this film with Marcello Mastroianni and Eleonora Giorgi. Nina’s stepfather (Eleonora Giorgi) is in prison in Marrakech in Morocco, accused of the murder of the girl’s mother. The man is actually innocent, but Nina, who knows the truth, wants him in prison so she can dominate him. It will be up to a young American to bring the truth to light

BERLIN INTERIOR – Film of 1985, it was forbidden to minors of 14 years. The story, set in Berlin in 1938, is that of Louise von Hollendorf, wife of a senior Foreign Ministry official who meets Mitsuko, the charming daughter of the Japanese ambassador, during a drawing course. An extremely passionate story begins between the two women which will also involve her husband

FRANCIS – Liliana Cavani returns to direct a film about Francis of Assisi, this time starring Mickey Rourke. Her life is retraced through the memories of Chiara (Helena Bonham Carter) and some of her earliest followers. The film won the David di Donatello for best scenography and two Silver Ribbons for best supporting actor (Fabio Bussotti) and scenography

WHERE ARE YOU? I AM HERE – This 1993 film tells the story of Fausto, a deaf boy who, thanks to the help of his aunt – who teaches him to communicate – gets to know and falls in love with Elena, with whom he plans to go to Washington to study at a special university to deaf and dumb. This will cause great friction between Fausto and his mother

RIPLEY’S GAME – With this 2002 film Liliana Cavani regains international success. John Malkovich is Tom Ripley, a former American criminal who settled in Italy who, to take revenge for a slight by Jonathan – an English framer suffering from leukemia – drags him into a spiral of violence, murder and crime

DE GASPERI – THE MAN OF HOPE – In 2004 Liliana Cavani directed the fiction dedicated to the Italian statesman Alcide De Gasperi, with Fabrizio Gifuni and Sonia Bergamasco, then broadcast on Rai in 2005

EINSTEIN – In 2008 he dedicated himself to directing Einsteinminiseries that tells the story of Albert Eistein, with Vincenzo Amato, Maya Sansa, Sonia Bergamasco, Piotr Adamczyk, Andréa Ferréol

POOR CLARE – In 2012 Liliana Cavani directed Clarisse, a documentary in which the cloistered nuns of the Urbino convent answer the director’s questions, touching on important issues such as that of women in the Church. In the same year, Cavani received the David di Donatello for his career

Opera, Leyla Martinucci debuts in the role of Leonora in “Il Trovatore” by Giuseppe Verdi