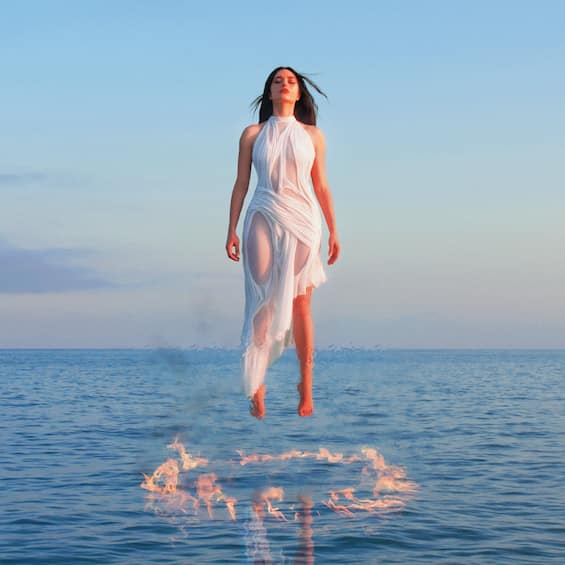 From 22 to 26 November 2022 it returns with its eighth edition, Linecheck – Music Meeting and Festival. Five days of events, a real music festival and meetings dedicated to professionals and music loversto put the market and the music chain at the center of attention with artists * and protagonists * of the nascent and contemporary music scene. Linecheck has grown to become one of the major European conferences on the new music economy: it represents a real incubator of dialogues between music, technology and cultural industries, which bridges the gaps between Italy, other European countries, the United Kingdom and the rest of the world.

Linecheck will offer three action-packed days, with a program that showcases the internationality of the festival through over 60 events, including panels, workshops throughout the day, with over 250 industry speakers and a mix of more than 30 artists * from different countries who will perform during the evenings.

There are numerous artists* already confirmed in the line up: il November 22ndon the occasion of the opening night at the San Fedele Auditorium will be present KMRU extensionsound artist, defined by Pitchfork as unique in the panorama of ambient and electronic music, who has already obtained several international awards, and Huerco S, aka Brian Leeds, whose latest album “Plonk” was chosen by Resident Advisor as album of the month; the artist will present his vivid musical worlds on stage, ranging from techno to ambient. In the evening of November 23rd instead, under the theme of the recovery of the archive and the expression of the Mediterranean through music, four different guests will be presented: on stage there will be Crime with their music with overwhelmingly oriental tones, able to range between different genres, starting from Algerian pop up to the ballad; the Sicilian origins of the leader of the group, Julien Lesuisse, overwhelmingly visible in his music, influence the musical style of the band. Guest of the second evening will also be there Bongo Joe Records, iconic Swiss label known for its large archive collection. The BJR will be told through its founder, who will also introduce his own band Cyril Cyril who will bring psychedelic rock to the stage, accompanied by an experimental and aggressive style. Marco Castello he will be the third artist of the evening: a graduate in jazz trumpet, he will present a funky pop full of grooves and words, linked to the contemporary but also timeless. To close the evening will be Hello Italian Disco, a collective of artists, born in 2017, which will present on stage a special set, themed with the festival: “Ciao Disco Italiana: Mediterranean Ballable”. Ciao’s musical activity is based on the reworking of the sound and visual landscape of the Italian cultural industry and of the forms of communication that define the relationship between the past, pop culture and the contemporary. We will continue with the evening of November 24thin which they will exhibit: Mysiea young artist with great stage presence and immense ability to compose songs, invited for the first time on an Italian stage by La Niña, with which he will present several pieces; the producer and DJ of Italian origin Bawrutlive at the festival with his latest album, released at the end of 2021, in which several songs related to the Mediterranean theme emerge as well as interesting collaborations with artists such as Cosmo and Liberato; Azu TiwalineTunisian producer, who will present minimalist and deliberately repetitive electronic music on stage, a manifesto of an encounter between sensoriality, exploration of personal identity and the use of traditional North African instruments.

Finally, the artists who will enliven the Linecheck stage on the final evening of November 25th they will be: Marina HerlopCatalan composer, singer and pianist, inspired by the Carnatic music of South India, to be released with her new album on May 20, 2022; nziria, the new experimental project by Tullia Benedicta (fresh from a recent collaboration with Meg on her new album), which integrates the main forms and themes of neo-melodic singing, regenerating the cis-heteronormative scenario; Coucou Chloe, singer with sinuous and supine rhythms and founding member of the NUXXE collective, which also includes Sega Bodega and Shygirl; the famous DJs and producers Blinky And Venus, with a b2b djset. The evenings of 23-24-25 November will take place at BASE Milano.

The main theme of the festival will be #INEXILE, a broad concept that embodies the idea of ​​physical distance from one’s homeland, as well as the impossibility of leaving it or of feeling free to move towards destinations that could become “new homelands” along one’s journey. The challenge brought forward by this theme is to take back the tools and spaces that feed talent: the experience of being forced to abandon one’s homeland, in fact, ignites the search for new safe spaces, and it is precisely what we have seen in the latest odyssey of the international music and art industry. At the basis of Linecheck there has always been the interaction between national And international, with Milan as a bridge that connects two worlds closer to us: the Mediterranean and Europe. Milan, therefore, is ideally located as a meeting point for “exiles”, a home and refuge for different cultures from all over the Mediterranean and the Continent.


#INEXILE will resonate throughout the musical days and during the various meeting sessions particular attention will be paid to many themes: we will talk about the “Creators Right”exploring the economic value of musical, intellectual and proprietary rights associated with musical works. The focus will also be placed on the so-called “Shared Experiences”i.e. shared experiences based on new trends that are shaping the way music is consumed and shared. Another macro-theme at the center of the festival will be that of “Game: Fair”an initiative aimed at analyzing the framework for action that will allow for the creation of a more sustainable musical ecosystem. Another relevant topic will be that of “Beyond Boundaries” which will explore territorial borders and Europeanisation, proposing the concept of innovation as a means of overcoming territorial, mental and technological borders. They will come back too Matchmaking Sessionswhich will be an opportunity to meet with Italian* and international* experts in the music sector, in various meeting sessions with managers, labels, publishing companies and promoters. Finally, with the initiative “Creative Synergies” the ways in which different creative industries interact will be examined, exploring the relationships between musical artists, commercial brands and media drivers.

Co-financed by Ministry of Cultural Heritage as a platform for the generational renewal of the Italian music industry, Linecheck is also proud to announce the first wave of international partners, projects and delegations, which will include theEurope in Synch, HEMI extension, Swiss Music Export And PUSH – the export acceleration program for artists based in Italy. Thanks to PUSH, a joint project of Italy Music Export and Linecheck, an international delegation will be invited to Milan, kindly supported by ITA – Italian Trade Agency (Ministry of Economic Development and Ministry of Foreign Affairs and International Cooperation).