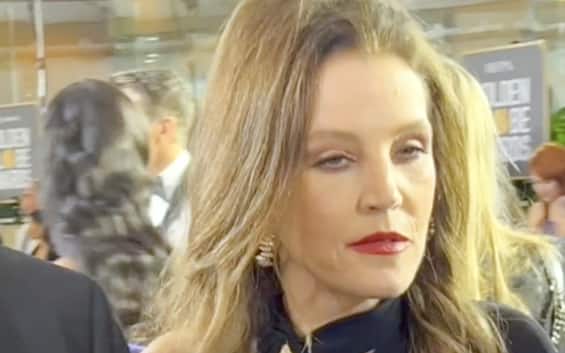 Lisa Marie Presley, daughter of Elvis, died following a heart attack that had struck a few hours ago. She was hospitalized in intensive care, she had been fitted with a temporary pacemaker, but she didn’t make it. The announcement was made by her mother Priscilla of her. “It is with a heavy heart that I must share the devastating news that my beautiful daughter Lisa Marie has passed away,” she said in a statement. “She was the most passionate, strong, loving woman I’ve ever known.”

Her ex-husband gave her first aid

The maid had found her “unconscious” in her bed and her ex-husband, Danny Keough, who lives with her, had given her first aid. Keough had returned from driving their children to school and called an ambulance. Before being transferred, the specialist doctors managed to restore the singer’s heartbeat and she, once she arrived at the hospital, was induced into a coma. Just three days ago Presley had attended the award ceremony of the Golden Globes, and the award ceremony of the actor Austin Butler for the interpretation of his father in the film “Elvis”.

He had followed in his father’s footsteps

Lisa Marie Presley was the only child of the late singer and mother of four children, including American actress and director Riley Keough. Presley followed in her father’s footsteps and released her first album, ‘To Whom it May Concern’ in 2003, followed by two more productions, but she hasn’t released a new album since 2012. Other than with Danny Keough , whom she divorced in 1994, was also married to Nicolas Cage, Michael Jackson and actor-songwriter Michael Lockwood.