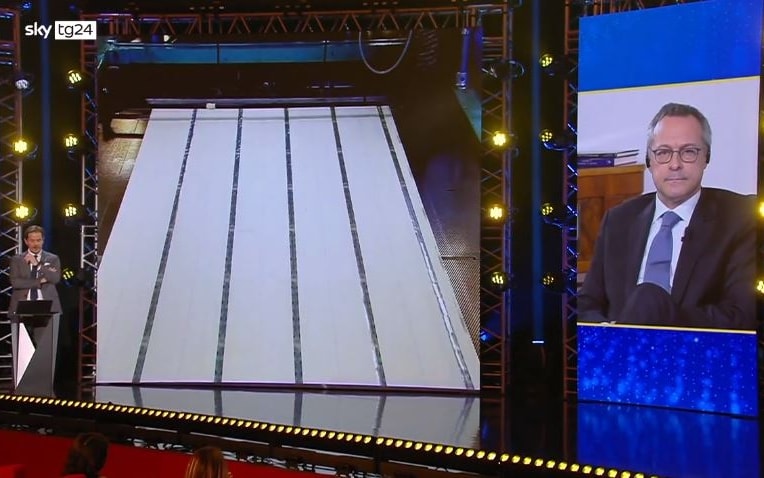 In the panel on the economy with the Deputy Minister for Economic Development Alessandra Todde, the president of Confindustria Carlo Bonomi and the Secretary General of Uil Pierpaolo Bombardieri, the debate on the maneuver, the tax reform and the challenges of recovery

After meetings, tables, control rooms and a last Council of Ministers, the debate on the maneuver is still rather bumpy, the theme at the center of “A plan for tomorrow”, the talk on the future of the Italian economy that animated Live In Courmayeur.

The criticisms came from Confindustria with the words of its president Carlo Bonomi who pointed the finger not so much on the government, but on the parties involved, according to him, only in deciding how to divide the 8 billion earmarked for tax cuts (SEE THE VIDEO) . This budget law, the number one of Viale dell’Astronomia reiterated, was to be the first brick of a new future and prepare the ground for the National Recovery and Resilience Plan. Instead it does not look to growth and does not look to young people.

The reform of the personal income tax

In the same way, the opinion of dissatisfaction of the trade unions and in particular of the UIL does not change, which underlines the inequity of the proposed reformulation of the personal income tax rates. The Secretary General Bombardieri explained (SEE THE VIDEO) how with the reform, those who earn 25 thousand euros today would have the same tax relief as those who can count on incomes ranging from 70 to 200 thousand euros. A distortion considered unacceptable such as not being able to give answers to those who, in these difficult times of pandemic, have remained behind: precarious young people, part-time and pensioners with lower pays.

The protest of the trade unions

For this reason, no instrument to be deployed is yet excluded. On the strike, Bombardieri concluded, we will evaluate in the next few hours. But now a decision of this type would be wrong, Bonomi relaunched: at a moment like this the country is asking for more, to sit around a table, to think and find solutions (SEE THE VIDEO).

The challenges of growth

Also because the real challenge will come according to Confindustria from 2023 onwards, when this rebound in GDP of over 6% must be transformed into solid and structural growth. The path towards recovery is also complicated by the increase in inflation mainly due to the boom in energy prices. But, Bonomi warned, to hypothesize a new run-up of wages on this, would return to a dangerous spiral. The right way to put more money in workers’ pockets and make businesses more competitive is instead to cut the tax wedge, the difference between the gross salary paid by the employer and the net paycheck. A point that also finds the convergent agreement of the union.

The rise in bills

Finally, on the expensive bills, despite the fact that no agreement has been found in the Council of Ministers on the hypothesis of introducing a solidarity contribution to be paid by the highest incomes, an additional 300 million will be raised from budget surpluses to mitigate the impact on families. . It is an important step forward, commented the Deputy Minister for Economic Development Alessandra Todde, the government, he said, will accompany citizens in this phase of increases (SEE THE VIDEO).