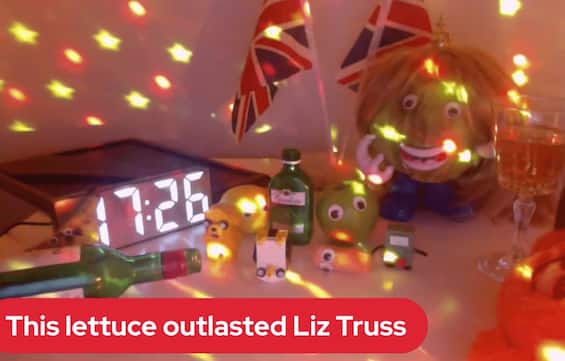 In a particularly complex moment for the fate of the country, the proverbial British humor still manages to dress the story of Liz Truss’s resignation with irony. Merit of Daily Star and the provocative bet launched over the past weeks by the British tabloid, according to which the Prime Minister’s stay in Downing Street would be less than the duration of a lettuce. Today, after Truss’s step backwards, the Daily Star sang victory with a tweet announcing “the victory of lettuce” (WATCH THE TRUSS GOVERNMENT PHOTO STORY)

The teasing started from an article in theEconomist

On October 14, the tabloid launched a live on YouTube that filmed a lettuce. The title of the video was “LIVE: Can This Lettuce Last Longer Than Liz Truss?”. It all started with an article byEconomist that, on 11 October, he had stressed that, after the 10 days of national mourning for the death of the queen, Truss had been in control of the political situation for only seven days, “more or less the time you keep a lettuce in a supermarket”. The catchphrase has assumed such proportions that even the vice president of the Russian Security Council, Dmitri Medvedev tweeted: “Bye, bye Liz Truss, congratulations to the lettuce”, after having already sarcastically commented on the adventures of the British premier in the morning.