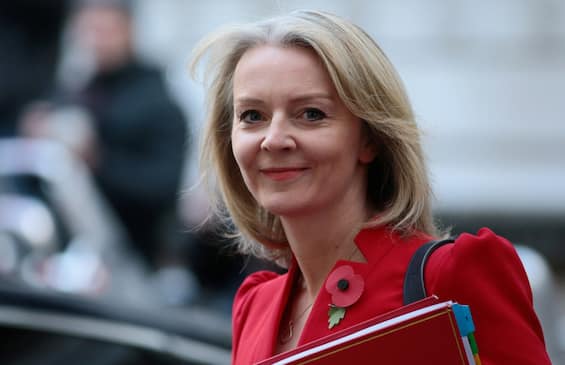 Liz Truss came out as the winner of the Tory primaries: on September 5, the current foreign minister beat Rishi Sunak by 81,326 votes to 60,399, thus becoming the new leader of the conservative party and premier. Tomorrow he will leave with Boris Johnson for Baltimor, for the official handover before the Queen. He will now have to revive the fortunes of a country that is going through a crisis so severe that it has not been seen since the days of Thatcher: double-digit inflation, rising prices

energy that impoverishes millions of people, the immigration system in difficulty and strikes that are spreading and key public services.

“A family of the left”

Born in Oxford, class of 1975, the head of the UK Foreign Office is the daughter of a mathematics professor and a nurse, whom she herself has repeatedly called “on the left of the Labor Party”. Raised between Scotland and Canada, Truss returned to Oxford where she graduated in Philosophy from Merton College. She was active in politics from an early age, despite the progressive air of her home she joined the Conservative party in 1996.

After working a few years in oil (Shell) and telecommunications (Cable & Wireless) companies, Truss was elected councilor of the London borough of Greenwich in 2006, where she remained in office until 2010, when she was elected to the House of Commons. Inserted by former conservative leader David Cameron in the party’s “A List”, in 10 years Truss has managed to climb various positions, both within the party and in the British government.

Undersecretary of Education in 2012, Minister of the Environment in 2014, Minister of Justice and Chancellor in 2016 under Theresa May, in 2017 she was moved to head of the Treasury secretariat, an important role but which for some was seen as a step backwards. In any case, in 2019 she had expressed her intention to become leader of the Conservatives, but she decided not to officially run and endorse the leadership of Boris Johnson. With her BoJo prime minister, Truss was “promoted” first secretary for international trade and then foreign minister, a position she has held until now.

Longtime conservative, Truss represents the neoliberal wing of the party and is influenced by Margaret Thatcher, Ronald Reagan and former Chancellor of the Exchequer Nigel Lawson. His economic battles are based on libertarian views that foresee a more entrepreneurial economy and fewer labor laws. “I will grow the private sector faster than the public sector, with a long-term plan to reduce the size of the state and the tax burden, “he said in his editorial on the Telegraph announcing the candidacy. Initially opposed to leaving the European Union, she later said she was in favor of Brexit. Attentive to environmental and school issues, Truss spoke out against the “woke” culture and the “cancel culture” but without “denying the dark sides of the history of the United Kingdom”.