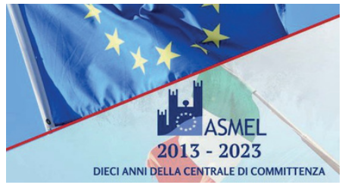 Today marks the tenth anniversary of the first Central Purchasing Office of Municipalities of national importance. It is called Asmel Consortile and represents one of the many associated managements of municipal services promoted, through the Network, by the Association for Subsidiarity and the Modernization of Local Authorities, which has 4,072 members throughout Italy. It was established on 23 January 2013 and has as its sole corporate purpose the provision of purchasing services to the shareholder municipalities.

”It has relieved thousands of Municipalities of the nightmare – declares the general secretary Francesco Pinto – of dealing with rules on contracts that are unlikely to be interpreted with Italian creativity. By adopting all the prescriptions, even the most imaginative, given by increasingly self-referential central apparatuses. And he compensated for the inevitable burdening of the procedures, making them digested by his own computerized system. Which has thus produced fast, efficient and transparent eProcurement services. Being the first Italian central purchasing body to obtain the European ISO 37001 certification which certifies full compliance with anti-corruption regulations. And being rewarded in Maastricht with the Eipa best practice certificate awarded to public bodies that have distinguished themselves for digitization and innovation in bureaucratic procedures”.

”We are talking about a company owned by the Asmel Municipalities which has created bitter opponents in Rome and admirers in Europe by serving the interests of the shareholders, who have seen themselves relieved of the bureaucratic burdens absorbed by their own headquarters. This allows municipalities, in particular medium and small ones – declares the secretary general Francesco Pinto – to also manage complex procedures and tenders, starting with those linked to the Pnrr, thus debunking the myth that represents them as incapable of spending. On the contrary, the institutions closest to the citizens are better able to identify the solutions to satisfy their needs. The Power Plant has now become an authentic Pnrr Competence Centre, which operates at 360°, assisting the Municipalities free of charge even in the phases preceding the contract and in the subsequent phases of contract management. Asmel Consortile, in recent months, has strengthened its staff and organizational structure to meet the strong peak of Pnrr tenders at the end of the year and find itself equipped for the next deadlines”.