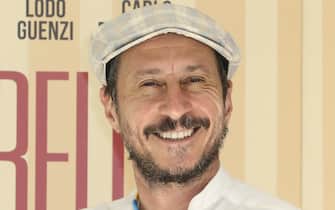 Waiting for December 19th, the date of the Christmas special LOL Xmas Special: Who laughs is outPrime Video has unveiled the names of the 10 participants of the third edition of LOL: Who laughs is out with a video in which the mysterious contestants pull down their hoods presenting themselves with their first and last names. Luca Bizzarri, much loved TV presenter and actor of the small and big screen, doesn’t need too many words

LOL 2, the extra episode is out

Paolo Kessisoglu will also play together with Bizzarri, also an actor and TV presenter with a curriculum very similar to that of his historical partner

Fabio Balsamo of The Jackal, appreciated on TV and especially on social media, will be part of the cast of the 2023 edition. In the first edition, colleagues Ciri Priello and Gianluca Colucci, aka Fru, participated in the show.

LOL Xmas Special: Who laughs is out, the show’s Christmas special announced

Marta Filippi, born in Rome in 1993 and with a resume as an actress and voice actress (among others, she also lent her voice to Sabrina Spellman in The terrifying adventures of Sabrina) is another new cast member. He boasts a solid experience, even theatrical

LOL Who laughs is out: that’s who the winner of the first season is

The pink share of LOL: Who laughs is out 3 also includes the participation of Marina Massironi, historical name of Italian female comedy who after the collaboration with Aldo, Giovanni and Giacomo started an independent career full of satisfactions and awards

Among the historical faces of the national comic scene stands Nino Frassica, whose presence in the cast was requested by popular acclaim. The video preview of the show provides a taste of his unmistakable verve

Paolo Cevoli, who boasts a solid decades-long experience in the world of laughter and cabaret, in theater and on TV, will also be part of the cast of the 2023 edition. Among his most famous characters, councilor Palmiro Cangini and Yuri, the super Valentino Rossi fan

LOL 2, the cast of competitors: from Virginia Raffaele to Corrado Guzzanti. PHOTO

Brenda Lodigiani, Lombard, born in 1987, is an actress and comedian as well as a former dancer, who has been appreciated for her funny imitations – and not only – in various radio and television programs, broadcast both on Rai and Mediaset

Herbert Ballerina, aka Luigi Luciano, born in Campobasso, born in 1980, binds his debut to Shortcut Productions headed by Maccio Capatonda, is the last competitor of the cast of LOL 3 artists. good number of roles in film and television productions

At the helm of LOL: Who laughs is out 3 Fedez is reconfirmed, the face of Amazon Prime who – since the first edition of the show – plays the dual role of host and referee

At his side, co-host Frank Matano, a comedian himself and one of the most loved characters of the first edition. The competitor who will know not to laugh until the end will be awarded 100,000 euros to be donated to charity