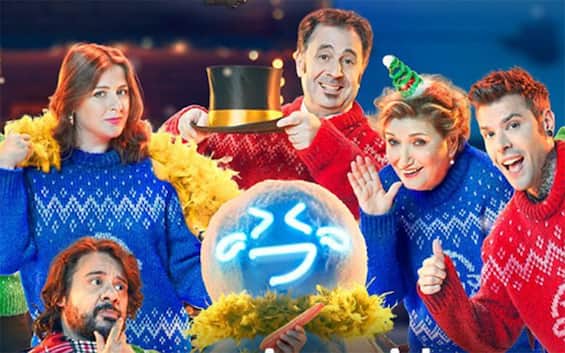 There are those who eagerly await the Christmas movies and there are those who, instead, wait for the irreverent irony Of LOL whoever laughs is out in Christmas version. LOL Christmas 2022 will be available from today, December 19, on Amazon Prime Video (also visible on Sky Q and via the app on the Now Smart Stick) and the wait to find out what the bewildered protagonists of the comedy program have come up with this time is growing now in now. Listening groups have already been created on social networks to follow the episode in company, which will probably record record numbers.

To satisfy the hunger for laughter in this period which is at times so gloomy for what is happening in the world, but also (more cynically) to follow up on the great success of the comedy show which has become a Prime Video event, Amazon decided to create a Christmas special bringing together all the leading comedians in anticipation of the third edition of the show. The protagonists of this event will be six, chosen from those who have been most successful in the two previous editions. Under the guidance of Fedez, judge and host also of this special, there will be: Frank Matano, Maria Di Biase, Michela Giraud, Mago Forest, Lillo and Mara Maionchi. Leading names for the comedy show, which even in its special Christmas form will have to submit to the usual rules already seen in the normal editions, which have become the show’s trademark. With the first laugh, the comedian receives the first yellow card, which turns red with the second, resulting in his elimination from the game. Whoever of the six manages not to laugh and eliminate all the others wins the jackpot of 100,000 euros to be donated to a charity of their choice.

When it starts LOL

The airing of LOL Christmas special is expected for tonight, Monday 19 December, at 21.00: it is a one-shot event and not a series of appointments as assumed by many. The program will run for four hours and the entire show takes place in an entirely Christmas-themed location. The third edition of LOL whoever laughs is out instead, it is scheduled for 2023 and alongside Fedez there will once again be Frank Matano. The exact release date has not yet been released but it is assumed that it will be within the first quarter.