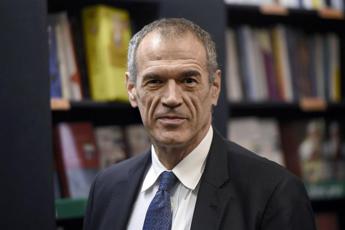 In any case, he warns, speaking with the Adnkronos, “I still see this thing quite difficult”

In the aftermath of the clash between the president of the Lombardy Region, Attilio Fontana and his deputy, Letizia Moratti, on who will be the next candidate in the 2023 regional elections, the game also remains open in the center-left, where the name of Carlo Cottarelli circulates. fresh from election to the Senate in the ranks of the Democratic Party, in the college of Milan, Pavia and Lodi.


The person concerned denies having had any interlocution on the matter: “I read it in the newspapers – Cottarelli says at Adnkronos -; for now there is no plan, I do not know”. In any case, he warns him, “I still find this thing quite difficult”. Certainly “I am following this debate between Moratti and Fontana with interest, but I do not feel I am a party to the dispute. Neither directly nor indirectly”.

On his candidacy, moreover, his excellent relations with the leader of Action, Carlo Calenda, could suggest a possible axis with the Third Pole, but even in this case he cuts short: “I have nothing to say about it because there I’m thinking right now. ”