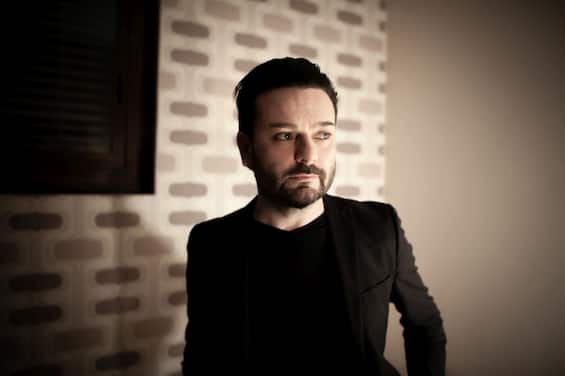 I’ll be back to tell you everything is the new, intense, engaging double project by Lory Muratti. At the center of the book and the album is the delicate theme of suicide, seen and narrated as an extreme choice in which pain and hope can coexist. In the eight chapters of the book as well as in the eight lyrics of the songs that share places, atmospheres and characters, the musician, writer and director weaves experience and fiction to tell a story in balance between shadow and hope, death and rebirth. In the background Central European cities and landscapes alternate, stops on the journey of the narrator but also of the artist, who to write the novel and the lyrics for the album went to Prague, Vienna, Paris and Lake Bled in Slovenia at the Grand Hotel Toplice.

Lory let’s start from the complexity of the project: album and book when everyone goes to flesh out the art. How did it all come about? Aren’t you afraid that the skip-generation might steal attention from your work?

I think so but I continue to follow these paths of a human and visceral nature that arise spontaneously. My formula is double and was born years ago when I extrapolated a song from a story that was its more gutsy version. Now I have made that idea grow and the novel has become an album. I think about the little attention it might get but I also tell myself that it’s a good selection at the entrance. I spent twenty years of music and you cast the hook where you know you catch who is in charge of that type of reading and music. Then I can also make raids partially using a single.
Let’s start with the novel: the figure of the ferryman is somewhat reminiscent of Charon…where do your lost souls go?

It is not clear who accompanies whom. Perhaps they accompany him in what is an oblique gift that is realized in these figures who neither know how to live nor how to leave. Suicide caresses the project and transforms a taboo into something we can talk about by narrating it and dissolves in dialogue and music; what scares us is easier to happen if, however, it is brought out with a narrative fiction dynamic it is possible to bring the narration to something that we usually omit. In this case the protagonist no longer recognizes himself because his father has passed away.
Ecli and the invisible enemies give the narration an absurd note, almost Beckett-like: do you find yourself?

I’ve been carrying it around for years. There are characteristics in what I do that have followed me for a lifetime: I have a small literary universe, Ecli, which comes from Eclissi, had already appeared in Valid for Two, my first book. In general we meet presences that are not entirely real.
In presenting the album you use the concept of Mitteleuropa: does it still exist? Has it ever existed?

It exists in certain contexts that are further back, there you still glimpse a little of that feeling. Not having lived through the 1920s, what do we know about what it was? I intuited it by frequenting places out of time, meeting absurd characters.
Violet it’s a sliding door song between shipwrecked nights and days to start over: is Viola today’s confusion?

Absolutely yes and there is a strong component in the song and in the disc of confusion intended as a loss of content. Viola herself is lost not only by the times but by the existence she leads, she is one of the souls who ask for the protagonist’s help to leave.
Prague is Moldava but also Malastrana, it is magic and fascination: do you feel like an alchemist of life?

Difficult to define myself as such, I certainly experience my art in a somewhat alchemical way. I wonder the meaning of some of my choices that are starting to become almost irreversible since I’ve crossed the threshold of forty: at twenty you can take a risk knowing that you have time to fix it. Now instead you have to hope that everything goes well and we can continue. There is also the theme of survival. The balance between all parts allows me to be who I have decided to be.
Does Vienna madness follow you everywhere or is it just Habsburg?

There I feel it a lot. I find her icy in her madness. Everyone creates an image of her, linked to the imagination and expectations of the places we go. In Vienna I feel that anything can happen, I perceive an underground bubbling and dancing beneath an apparent stillness. The city breathes and becomes the protagonist of the action.
Do the letters never written or those written but never sent worry you more, or do they excite you more?

Those never sent: they are like the novel in the drawer or the record never released. You see it and it has a physical role and it is not only present in the mind.
Finally you have given yourself an answer to the question: where is our culture?

The question was added at the end and is the result of the events of the last two years. I notice a loss of value in who we are as well as what we do. I know I’m nostalgic but I sense a form of decadence. It’s a change of scenery, I struggle to recognize our culture, which is also a matter of sensitivity: what happened to it, I often wonder.
Overall, it seems to me an album of absences, of voids, of ghosts, of an empty sense of waiting like that of Captain Drogo: is this the only way to symbolically erase the tattoos you wear?

The great theme of absence is fundamental. Talking about it is the only way to fill the voids of existence. Think of the protagonists of the Great Gatsby wondering how their lives will go. It’s a way to erase signs that represent the painful awareness that life is a unicum of voids that follow one another.
What will happen in the coming weeks?

On January 5, a new single is released, The Invisibles, which is enhanced by the duet with Cristiano Godano and is related to Prague, the video was also shot there. Then I’ll go on stage with a modular formation: first there will be two of us and then other musicians will join and we will create different live situations.