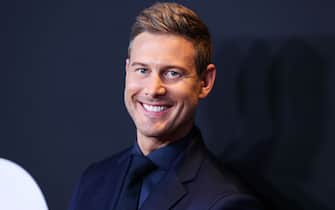 Tom Hopper is an English artist of undisputed charm, he is best known for the roles of Billy Bones and Luther. He took part in Game of thrones and is one of the protagonists of the series The Umbrella Academy. In Love in the Villa it’s Charlie, the roommate

Kat Graham is a complete and multifaceted artist, she is known to the general public mainly for having given the face to the character of Bonnie Bennett in the show the Vampire Diaries, series based on the famous saga of Lisa Jane Smith. In Love in The Villa it’s Julie

The best films to see in September 2022 in streaming and at the cinema. PHOTO

Laura Hopper is an actress and wife of Tom Hopper, she starred in Love Hurts And Black Sails. In Love in the Villa it’s Cassie

Raymond Ablack is a young Canadian actor who is on the rise and is currently mainly known for taking part in Degrassi: Next Class, Narcos and Ginny & Georgia. In Love in the Villa it’s Brandon

Atikur Rahman Mahi is a singer of Bengali origin of great success in his country, who is also making himself known abroad. In Love in the Villa is the artist

Stefano Skalkotos starred in important Italian films such as I change everything and Leoni but he also lent his voice to the animated film Dolittle. In Love in the Villa plays the policeman

Nadia Rahman is an emerging young actress who is making herself known internationally. In Love in the Villa plays the journalist

Daniela Di Muro is an actress known to the general public for having acted in the series Penny on MARS, Real Life English and the movie The Gardener of God, Smith of Sicily, Song of the fly.

Lorenzo Lazzarini is a young Italian actor who made himself known in the Doc2 series in the role of Gianmarco Saurino. In Love in the Villa it’s Uberto