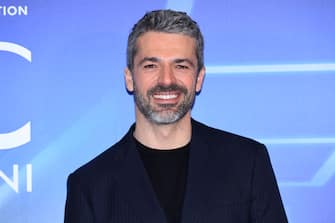 Luca Argentero is the protagonist of the TV series on TV Doc – In your hands (directed by Beniamino Catena and Giacomo Martelli) for which he plays the protagonist, Andrea Fanti. Browse the gallery that traces the stages of the actor’s brilliant career, from today to that distant Big Brother, his first appearance on the small screen

Luca Argentero at the photocall of “Io, Leonardo”, the new Sky art film made on the occasion of the 500th anniversary of the death of Leonardo da Vinci

The best films with Luca Argentero, protagonist of Doc – In your hands

In 2003 he is one of the competitors of the third edition of Big Brother and in a short time he gains notoriety.

All the news about Luca Argentero

After leaving the most spied-on house in Italy, he immediately starts working for various TV programs.

Luca Argentero, between Leonardo and GQ

His clean face and good boy smile makes millions of girls fall in love with him and Max magazine immediately hires him for a calendar. His heart today beats for his wife Cristina Marino

Luca Argentero and Cristina Marino, the photos of their honeymoon in Positano

His debut as an actor took place in 2005 in the fiction Carabinieri.

The film debut is in Francesca Comencini’s film, A casa nostra.

In Saturno Contro by Ferzan Ozpetek Luca Argentero begins to establish himself as one of the most interesting faces of young Italian cinema and receives the Diamanti al Cinema Prize as best supporting actor.

In 2009 he married his colleague and voice actress Myriam Catania, from whom he divorced in 2016.

In 2010 the sexy Italian symbol shares the set with Julia Roberts in Eat, pray, love.

Among the latest film works are Copperman and I, Leonardo.

In 2017 he is romantically linked to the actress Cristina Marino whom he marries in 2021.

Going backwards in 2006 he starred in the short The fourth sex and made his debut on the big screen with the film A casa nostra, directed by Francesca Comencini. In 2007 he returned to the cinema with Saturno contro, directed by Ferzan Özpetek and Chocolate Lessons, directed by Claudio Cupellini, with Violante Placido.

In 2008 he starred in the films Solo un padre, directed by Luca Lucini. In 2009 he was in theaters with the film Diverso da chi?, Directed by Umberto Carteni, an interpretation that earned him his first nomination for the David di Donatello as Best Actor

In 2010 he made his debut in theater with Shakespeare in Love, directed by Nicola Scorza, and is Tiberio Mitri in the TV miniseries The champion and the miss. In 2011 he voices Fred DeLepris in Tim Hill’s film Hop and in the same year he is chosen to lead The Hyenas.

In 2017 he is at the cinema with the noir Il permission – 48 ore fuori, in which he is joined by Claudio Amendola (the latter also director of the film). In 2018 he starred in the feature films Hotel Gagarin by Simone Spada, and What are you doing on New Year’s Eve? by Filippo Bologna.

In 2018 he is the protagonist of the play Is this the life I dreamed of as a child ?, written by him together with Gianni Corsi and Edoardo Leo, with music by Davide Cavuti and directed by Edoardo Leo

In 2019 he shoots the films Copperman by Eros Puglielli and Io, Leonardo by Jesus Garces Lambert.

For the interpretation of Commissioner Giovanni Morandi in the film Brave Girls directed by Michela Andreozzi, in 2020 he receives a nomination for the Nastri d’Argento as Best Actor in a Comedy

In 2015, on the set of the film Vacanze ai Caribbean he meets his current partner, actress Cristina Marino, in 2019 they announce the arrival of their first daughter, Nina Speranza. On June 5, 2021, the two actors got married in Città della Pieve

From 13 April 2022 Argentero is in the cast of Ferzan Ozpetek’s TV series The ignorant fairies, the episodes will be available in the Disney + catalog, also visible on Sky Q and through the app on Now Smart Stick