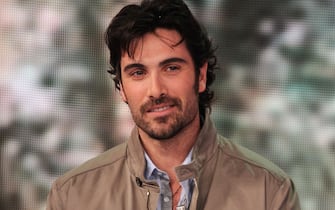 Luca Calvani graduated as a textile expert at the Buzzi Institute in Prato. He later moved to New York, where he worked in a textile company.

In the United States he began studying acting, participating in various courses and attending the Actor’s Studio; in Italy he attended the National Academy of Dramatic Art.

In 2000 he made his debut both on the small screen, as the protagonist of the episode in an episode of the TV series, Police District, and in the cinema, participating in the film At the right moment by Giorgio Panariello and Gaia Gorrini.

In 2006 he played the role of Rocco Casciani in the sit-com, Cotti e mangiati.

In the 2004-2005 television season he participated in Men and Women and in 2006 he won the fourth edition of the reality show The Island of the Famous.

In 2007 he played the role of director Sergio Keller in the soap opera Un posto al sole.

In 2010 he shot I married a cop 2, directed by Giorgio Capitani and hosted Camera Con Vista, a travel and costume program for the thematic channel Leonardo di Sky.

In 2015 he played the role of Alexander Vinciguerra in Guy Ritchie’s Operation UNCLE.

In 2021 he worked for Sky as a correspondent in the cast of the TV8 container, Every morning hosted by Adriana Volpe and Alessio Viola.

Luca has been married for several years to Francesca Arena with whom he became Bianca’s father in 2009. Luca Calvani is the new entry of the new edition of “Courtesy for guests”.