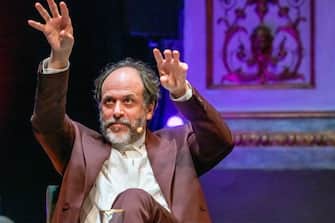 Among the most popular Italian directors abroad today, Luca Guadagnino turns 51 on Wednesday 10 August. Author of films with an international flair, such as A Bigger SplashGuadagnino has already seen one of his films win the Oscar (Call me by your name). Here are all the titles of his filmography so far

“Bones and All”, Guadagnino’s new film will be distributed by Vision

The Protagonists in 1999 was Luca Guadagnino’s first fiction feature film who, until then, had mainly devoted himself to making documentaries. The troupe of a docufilm is at the center of this debut film whose cast already includes Tilda Swinton, the first of many fruitful collaborations with the director.

Luca Guadagnino’s rise from “The Protagonists” to “Suspiria”

Almost twenty years after its release in theaters Melissa P. remains perhaps the most controversial film by Guadagnino and on which opinions are most divided. Taken from the best-seller Fifty brush strokes before going to sleepand Melissa Panarello, the film counts the participation in secondary roles of young actors (later exploded) such as Elio Germano and Alba Rohrwacker.

“Bones and All”, the shooting of Guadagnino’s new film

With I am the love in 2009 Luca Guadagnino begins his popular “trilogy of desire” and takes a decisive step forward in the construction of his poetics as an author. Through the story of the apparent normality of the Recchi, a family of the Lombard upper middle class, the director begins to gain the consensus of audiences and critics in an important way.

Rooney Mara will be Audrey Hapburn for Guadagnino?

A Bigger Splash it definitively demonstrates how much Guadagnino’s ambition is to make “great” films, with an eye also aimed at America. The film has, in addition to the ever present Tilda Swindon, a list of Hollywood stars such as Ralph Fiennes and Dakota Johnson and is freely inspired by The pool by Jacques Deray.

Persuasion, the cast of the film with Dakota Johnson

In 2017 the director’s best known and most celebrated film is released. Call me by your name even earned four Oscar nominations, taking home the statuette for the best non-original screenplay. The meeting of a summer between the teenager Elio and the older and more confident Oliver gives life to one of the most delicate love stories seen in recent years on the big screen.

Call me by your name, 6 curiosities about the film

The remake of Suspiria was presented by Guadagnino as “a tribute to the powerful emotion” that aroused in him the vision of the classic by Dario Argento. The American dancer, who arrived in Germany, realizes that she is facing a terrible secret this time she has the look of Dakota Johnson and instead of the iconic original music there is a very valid score signed by Thom Yorke of Radiohead.

Thom Yorke, other unreleased songs from the suspira soundtrack will be released on vinyl